Detail of a photo of the five golden rings decoration in Yardley, PA

In the town where I live, 12 houses along one street coordinate their holiday decorations. If you guessed that the theme of their ornaments is “The Twelve Days of Christmas,” you are correct! In front of each building, a homemade decoration is displayed and illustrates a verse from the song: a partridge in a pear tree, two turtle doves, three French hens, and so on. My family and I enjoy strolling down the street and singing the carol together. All of this got me wondering about its history, and how to relate this to our early Hagenbuch ancestors.

“The Twelve Days of Christmas” was first documented in England in the late 18th century, although there is evidence it may have originated in France even earlier. The song is believed to be a type of memory-and-forfeit game, where each player has to sing a new verse in the song followed by all the prior lines. Any player who makes a mistake must pay a forfeit—such as kissing another player or giving them a candy treat.

There are several theories about the verses, including that they have coded meanings. That said, most experts agree the lyrics are to be taken literally with their descriptions of birds, jewelry, maids, musicians, and more. Yet, there is a religious significance to the chosen number of verses in the carol. There were 12 days between Jesus’s birth (Christmas) and the eve before the Magi arrived to honor the Child (Epiphany). 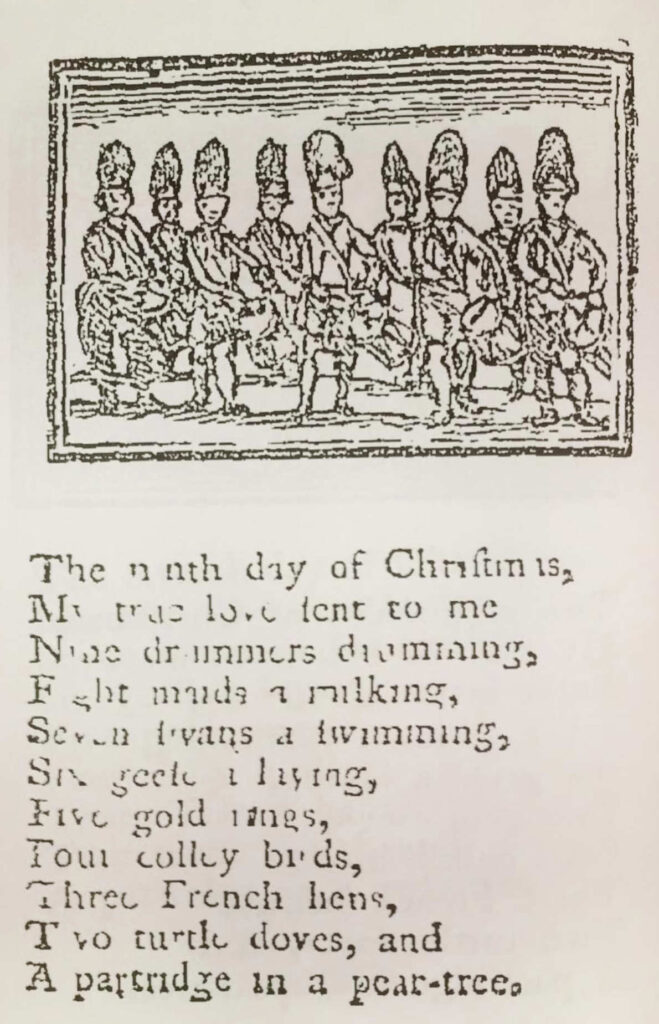 Nine drummers drumming from The Twelve Days of Christmas in the book “Mirth without Mischief”, c. 1780

It is highly unlikely Andreas Hagenbuch (b. 1715, d. 1785) ever heard or sang “The Twelve Days of Christmas.” Even so, considering this possibility inspired me to reimagine the song using important elements from Andreas’ life. The new version can be sung to the traditional tune, and the verses are as follows:

As mentioned, each of the verses references some aspect of Andreas Hagenbuch’s life, permitting us to remember them in an amusing way.

A trip on the Charming Nancy
Andreas Hagenbuch and his first wife boarded the Charming Nancy in Rotterdam, Netherlands and set sail on June 29, 1737. After a brief stop in Plymouth, England the ship crossed the Atlantic Ocean and arrived in Philadelphia, Pennsylvania on September 18, 1737.

Two loving wives
Andreas was married twice. He married Maria Magdalena Schmutz on April 26, 1737. She is believed to have died around 1742. He married again, this time to Anna Maria Margaretha Friedler in about 1743. Children were born to both marriages.

Three brandy barrels
The Hagenbuch Homestead, established by Andreas in Pennsylvania, is known to have had a distillery. When Andreas died in 1785, the inventory of his estate noted 100 gallons of brandy—several barrels worth. 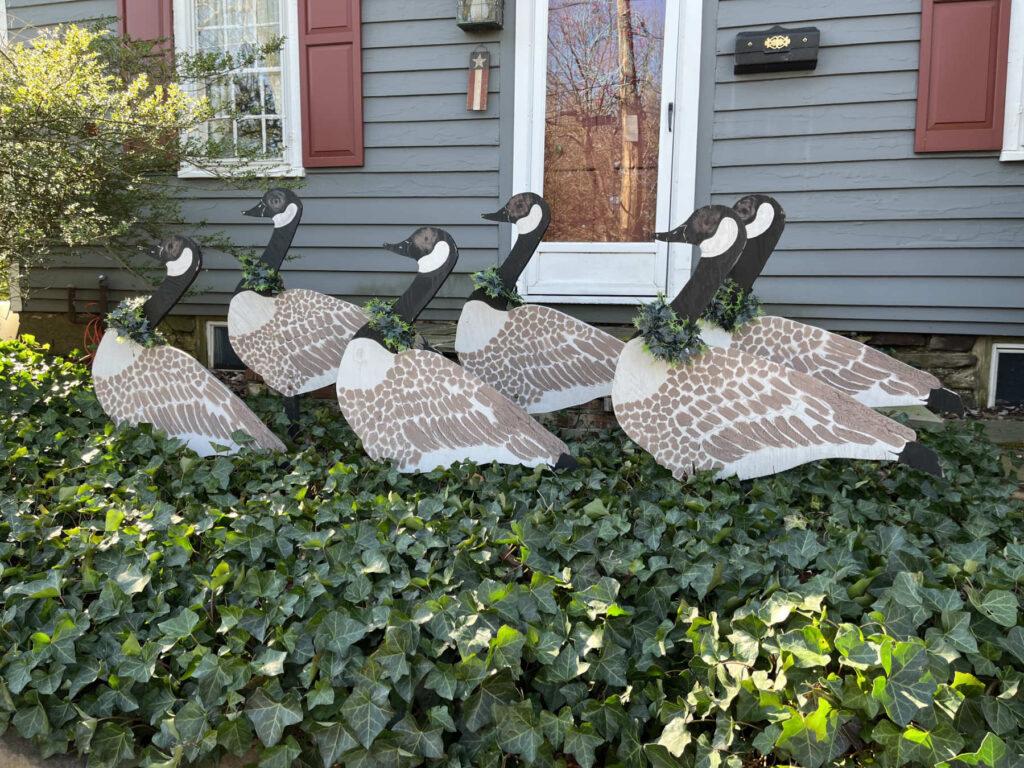 Six bonds with interest
At the time of his death, Andreas was owed money from a number of individuals, such as two of his sons, a son-in-law, and a few neighbors. Some of the bonds were interest bearing too. This suggests that Andreas had excess money to loan and was a shrewd financier.

Eight tax payments
In 1773, Andreas was appointed the tax collector for Albany Township, Berks County, PA, where he lived. As part of this position, he was responsible for notifying each resident of their assessed taxes, collecting these, and remitting them to the county seat in Reading, PA.

Nine pewter plates
During his lifetime, Andreas did well for himself and his family. This is supported by the presence of pewter wares in his estate inventory. Though the document only shows four pewter plates and dishes, it is probable that there were more, since most of the kitchen effects were not counted and remained with his wife for her use. Pewter was more durable and desirable than other types of tableware and could only be afforded by middle to upper income households.

Ten head of livestock
In 1768, Andreas was taxed for 10 head of livestock: three horses, three cattle, and four sheep. He almost certainly owned hogs too. However, these were not taxed and, therefore, no official record of them exists for that year.

Eleven continentals
All four of Andreas’ sons participated in the Revolutionary War. While he was too old to serve, Andreas was still a patriot. Evidence for this can be found in his estate inventory which recorded 3500 dollars continental money. Andreas likely accepted the devalued currency in exchange for goods or services, helping to support the colonies’ war for independence.

Twelve yards of linen
In addition to distilling, the Hagenbuch Homestead produced textiles. Flax was grown, spun into linen, and finally woven into fabric. Andreas’ estate inventory notes over 77 yards of different grades of linen fabric. 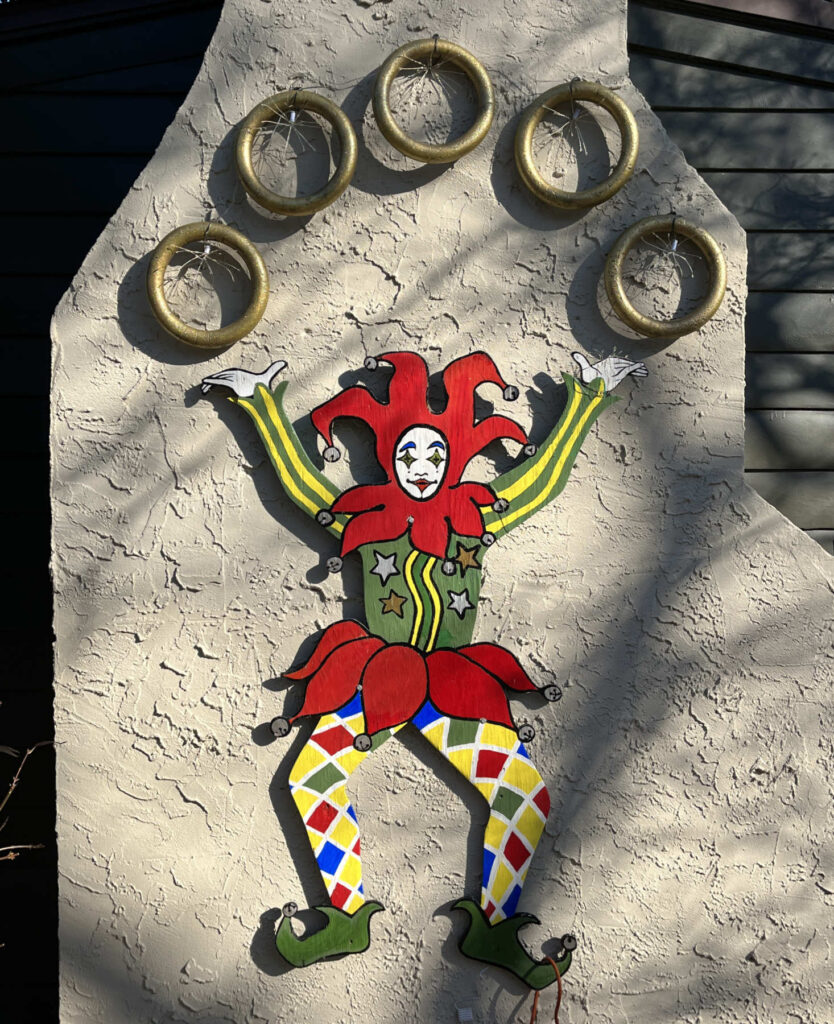 From our Hagenbuch family to yours, may you have a joy-filled and merry Christmas!