Detail of a photo of Herman and Bernice (Hagenbuch) Bogart, 1952

Unfortunately, due to the coronavirus, we had to reschedule the 2020 reunion until next year. A tentative date of June 26, 2021 has been set. This is not unprecedented as the reunion has been cancelled before, during 1943, 1944, and 1945 because of World War II. Let’s take a look at what happened and who attended the 1946 reunion that got my genealogical juices flowing. Secretary Florence (Hagenbuch) Robb compiled the following report. 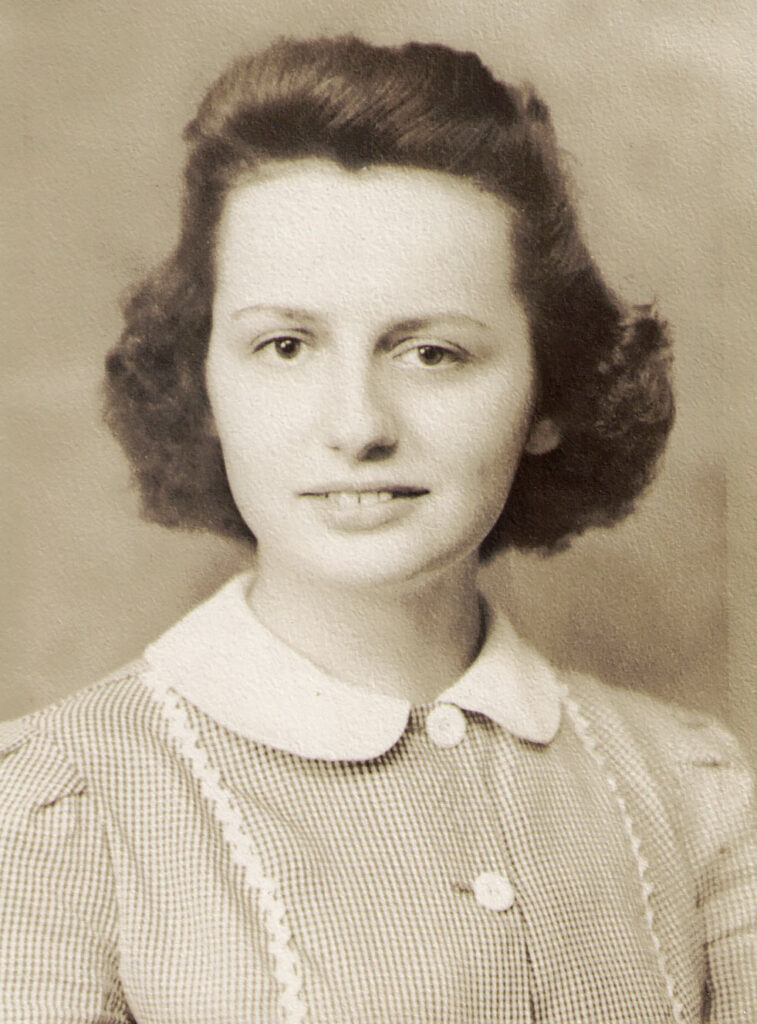 Florence (Hagenbuch) Robb, 1944. Florence was Secretary of the 1946 Hagenbuch Reunion.

Minutes From the 1946 Hagenbuch Reunion

After an enjoyable basket lunch was served, the business meeting was conducted by our president Wilmer Reichard. The minutes of the previous meeting were read and approved. There was no old business. The treasurer, Mrs. Herman Bogart, reported a balance of $5.46. In order to meet the payment of the following bills a hat was passed ($16.00). The following bills were ordered paid: advertising, ice cream, spoons, and dishes, $9.90. Bruice Hagenbuch was appointed to order ice cream for our next reunion. 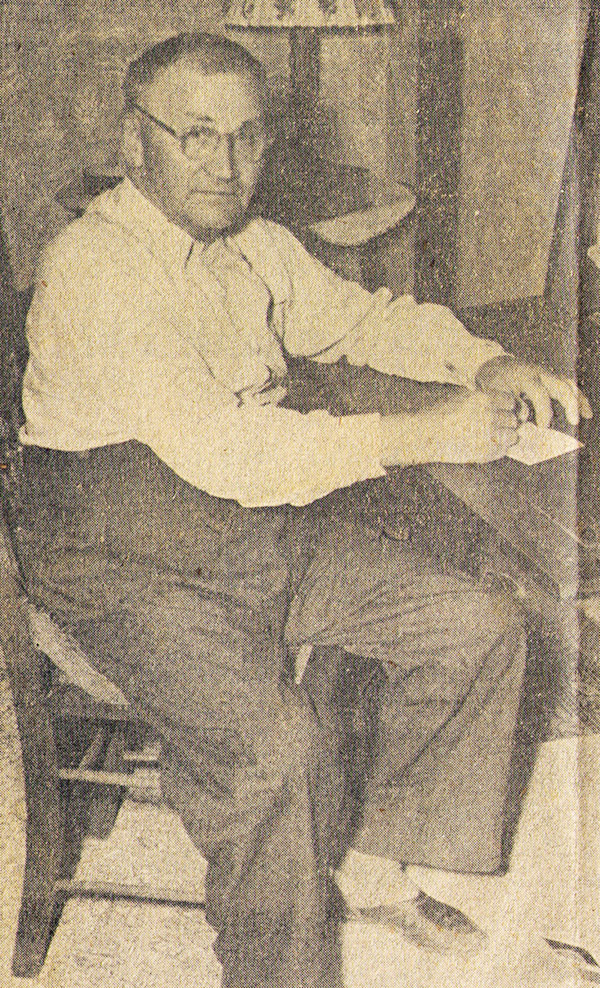 Percy Hagenbuch, 1950. Percy was Vice President of the 1946 Hagenbuch Reunion.

It was decided to have our next reunion the first Saturday in June of 1947 at Sunnybrook Park, Danville, PA. The following committee was reappointed for further advertising our reunion in the various communities: Leland Knepper, Weatherly, PA; Mrs. Wilmer Reichard, Bloomsburg, Nescopeck and vicinity; Mrs. Charles White, Lightstreet and vicinity; Mrs. Steadman, Benton and vicinity; President W. Paul Roat, all communities not represented above. 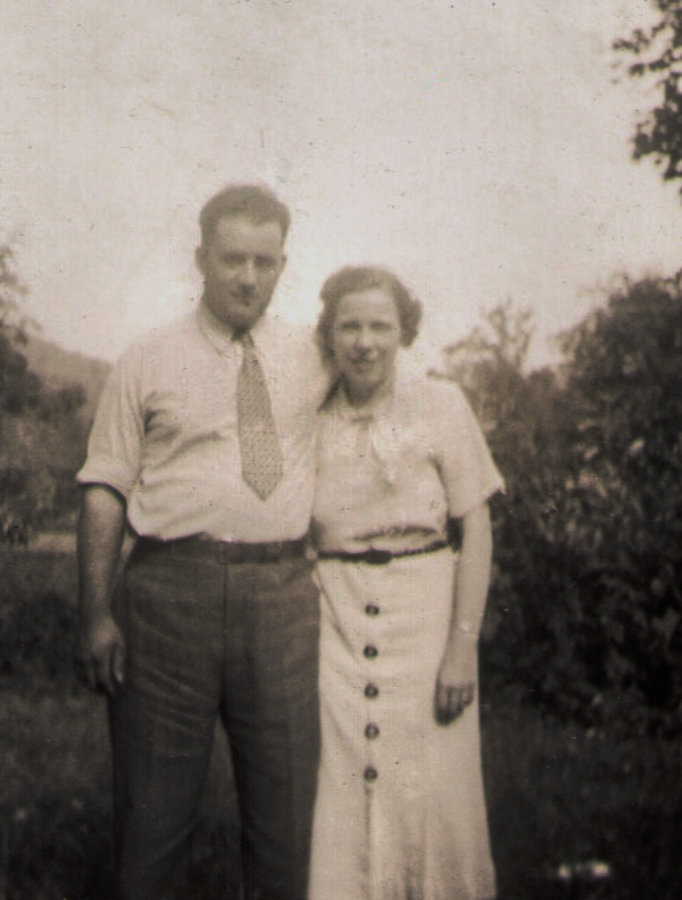 Those in attendance at the 1947 Hagenbuch reunion were: 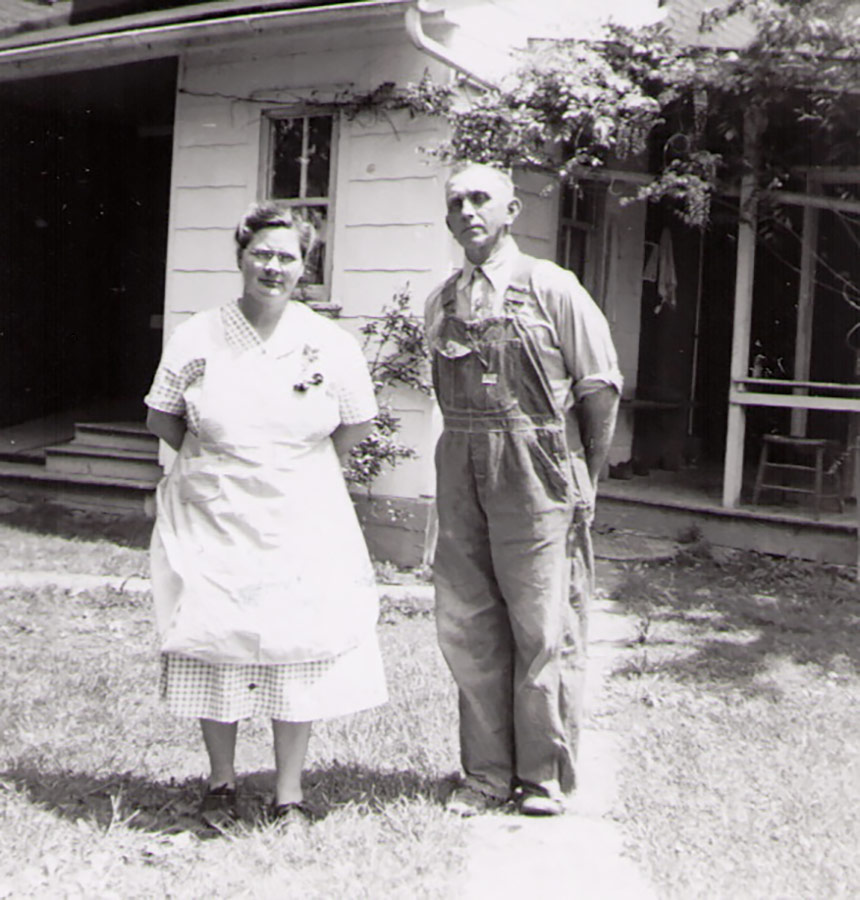 Herman and Bernice (Hagenbuch) Bogart, 1952. Bernice was Treasurer of the 1946 Hagenbuch Reunion.

[Not listed as attending but present as they were mentioned previously were Leland Knepper from Weatherly and Mrs. Steadman from Benton.]

Except for seven people, everyone attending this reunion were either descendants of William Hagenbuch (b. 1807) and his wife Rebecca (Muffley) Hagenbuch or spouses of descendants. Lera Laidacher would marry Lee Hagenbuch in November of 1946. Rev. Luther Linn was minister at Oak Grove and Washingtonville churches where many of the Hagenbuchs attended. His wife Viola and daughter Kathryn Viola were with him at the reunion. Betty Wilt was Viola Linn’s younger sister and was probably visiting with the Linns. 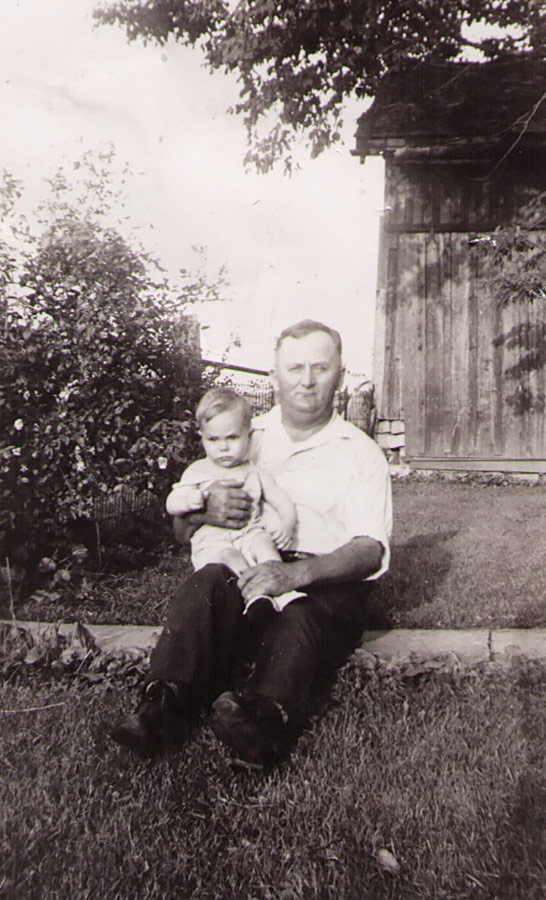 Robert “Bobby” H. Hagenbuch with grandfather Clarence C. Hagenbuch, 1945. Bobby was one of the youngest attendees to the 1946 Hagenbuch Reunion.

As a boy, I only knew that descendants of my great great grandfather, William Hagenbuch (b. 1807), attended the Hagenbuch reunion. But, this shows that other lines were represented in the early years of the reunion. As with Leland Knepper and his family, the same is true for Mrs. Steadman.

The reunion minutes, along with photos, diaries and letters, are very important windows into the genealogy of the Hagenbuch family. Because of the 1946 Hagenbuch Reunion minutes, Beechroots was able to add Kneppers, Heaths, Stedmans and other names to the family tree of Andreas Hagenbuch. As always, there are more treasures to be found. Being Hagenbuch genealogists, Andrew and I hope that future reunions will draw the attendance of many Hagenbuch descendants from our family’s various lines.