The Wolfes of Columbia County, Part 2

As in part one of this series where readers found that Elmer Wilson Hagenbuch had a connection to the Wolfe family, Elmer Ellsworth Hagenbuch was married to a granddaughter of Stephen and Maria (Hagenbuch) Wolfe. Elmer and Elizabeth had no children. He was mentioned in the same article as Elmer Wilson in July of this year. 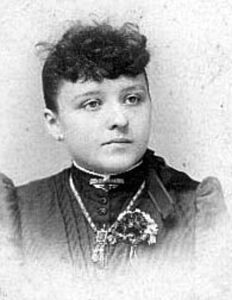 Next in line is Esther Elizabeth Wolfe (b. 1858) who married John Barnhardt in 1888. Esther and John had one child, Enola “Nola” Marie, who never married. Enola was born in 1888 and died in 1965. Parents and child are all buried at Hillside Cemetery, Catawissa, PA. John Barnhardt died in 1903 and after his death Nola ran a boarding house in Catawissa. Later, she was a saleslady in a confectioner’s shop in Catawissa.

In 1860 Martha Christine was born to Stephen and Maria (Hagenbuch) Wolfe. She married Lloyd Burger in 1897, and they lived in Lancaster, PA in the 1950s. They are buried at Hillside Cemetery in Catawissa. They had two children: a son Harold Lloyd (b. 1898, d. 1956) and a daughter Geron Irene (b. 1902, d. 1978). Harold was never married. He served in the United States Navy during World War I, attended college, and had a career as a construction draftsman. His work required him to move to places like Upper Darby, Delaware; Lansdowne, Pennsylvania; and Washington D.C. He is buried at the Hillside Cemetery in Catawissa.

Geron Irene Burger was also never married. She had her medical degree and last practiced as a chiropractor in Lancaster, Pennsylvania. Geron is buried along with the other members of her family at Hillside Cemetery.

Bessie (b. 1894) married Henry Vincent who worked in the grocery business in Danville, PA.They had one son who died in infancy. When Henry Vincent died in 1972, Bessie moved to Sunbury, PA where I met her in either 1982 or 1983. Bessie was living in an apartment, and she shared the information about her family’s relationship to the Hagenbuchs. However, the part of the conversation I remember most is that she began asking me questions about my religious beliefs: Was I saved? Was I ready to meet my Maker? Would I be ready for the rapture? I remember that the conversation got a bit unsettling, but Bessie was a kind lady whom I wish I had gotten to know better.

Hurley William Wolfe was a farmer but also worked in a car shop while living in Mifflinville, PA. Hurley, his two wives, and all his children except for Clyde are buried in the Mifflinville Cemetery. Clyde and his wife, Mary, are buried at Lime Ridge, Columbia County, PA. 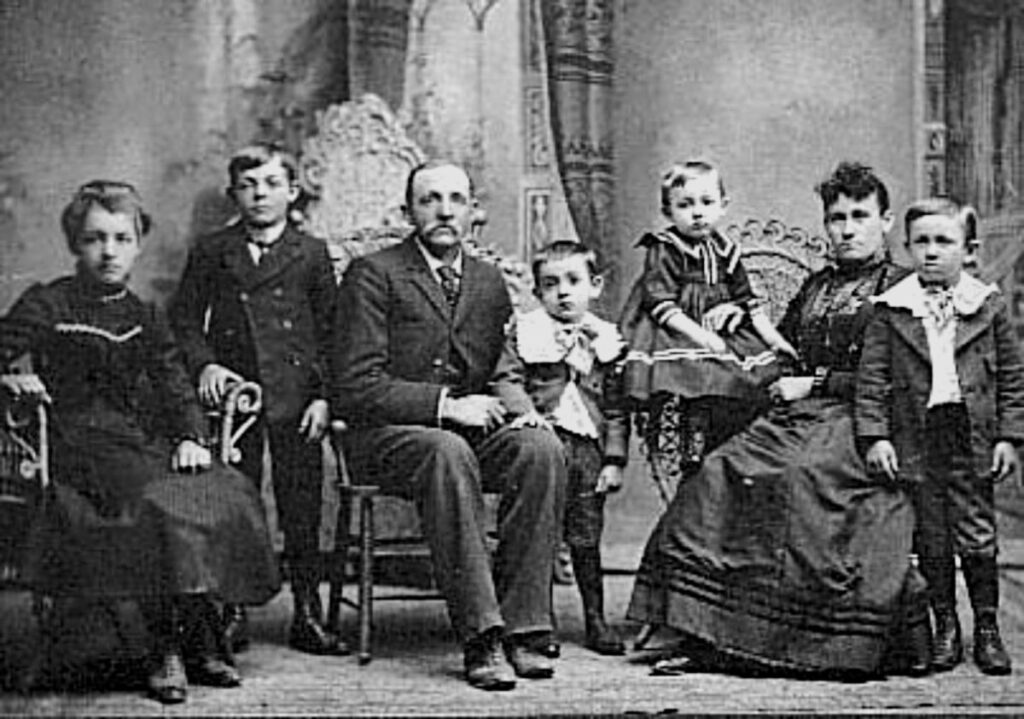 The last child of Stephen and Maria (Hagenbuch) Wolfe—number twelve—is Frank Gilbert Wolfe (b. 1871, d. 1923, m. Katherine Becker). Frank and Katherine are buried at Edgehill Cemetery, West Nanticoke, PA. Like his brother Harvey, Frank also owned a livery stable and then a garage. It is possible the brothers were partners in the same business at the same location.

Frank and Katherine (Becker) Wolfe had two daughters. Edna was born in 1907 and never married. She was a librarian in Bristol City, Virginia and then a teacher in Nanticoke, PA. Isabelle was born in 1908 and was married to Frank Morgan. Frank and Isabelle (Wolfe) Morgan first lived in Nanticoke where Frank was a machinist in the coal mines. Then they lived in Mount Penn, Berks County, PA where Frank was working in a milling factory.

As I wrote in part one when I introduced the Stephen and Maria (Hagenbuch) Wolfe family, it is large with 12 children and many descendants, some of whom married into other Hagenbuch families. Reading through all these descendants can be confusing. However, as with so many other families that are featured in our writings, all of these people are important, they had highs and lows in their lives, they had careers which supported their families, and they made positive contributions to their communities.

The information that has been shared about the Wolfe family is mainly names, dates, and places, yet much about their lives remains to be written. Through two articles and more than 2400 words, we have learned new details about Stephen and Maria (Hagenbuch) Wolfe, their children, and their grandchildren. They are not forgotten which is, without a doubt, one of genealogy’s most important goals!