A New Leaf on the Family Tree

Occasionally, I ponder what Andreas Hagenbuch (b. 1715, d. 1785) would think of his extensive family tree. During his lifetime, Andreas knew his children and some of his grand children. How might he react to the sight of his tree today—one that is filled with so many branches and leaves, and comprised of thousands of descendants?

In November, a new leaf was added to our Hagenbuch family tree, and it is one that is especially dear to me. My son, William Luther Hagenbuch, was born, making him the tenth generation in my family line since Andreas.

Some time ago, my wife Sara and I decided that we would keep with tradition and honor our families through William’s naming. It is said that a child’s name reflects less upon him and more upon the hopes and dreams of his parents. My name, Andrew Mark Hagenbuch, comes from the anglicisation of Andreas and my father’s first name, Mark. This name instilled in me a curiosity about my family’s history, something I hope my son will one day experience too. 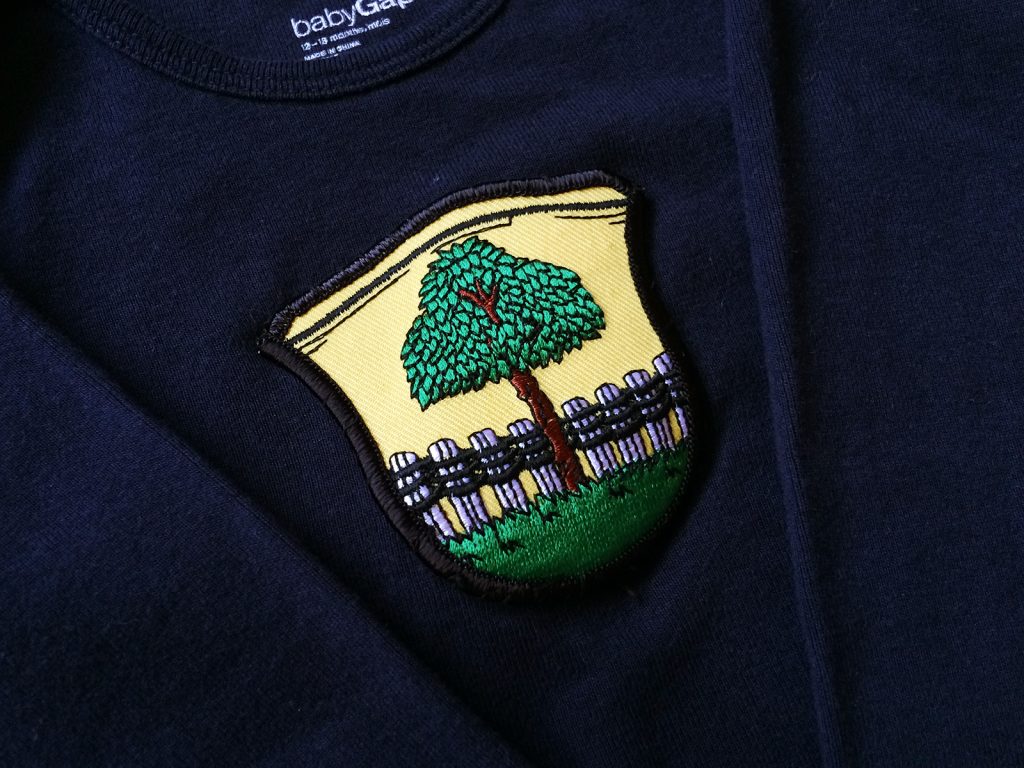 Onesie with the Hagenbuch family crest on it

William’s middle name, Luther, comes from his paternal great uncle, Luther A. Gutshall. This name is to tie him to his Gutshall family heritage and encourage him to know more about its history. There are Hagenbuchs with the name Luther too, including the boy’s paternal great, great, great uncle Luther Hagenbuch (b. 1896).

To many of us, names are important, and this is especially true for the first time one’s name is spoken. Thanks to modern technology, Sara and I knew that our child was to be a boy months before his birth. Yet, we insisted that his name would not be said until after he took his first breath. This desire wasn’t about keeping a secret. Rather, it was about honoring that moment when a new person enters into this world and receives his own identity.

The first person to hear William’s name spoken will always remain in my memory. She was a special nurse, Galyna, who remained past the end of her shift just so she could help Sara along and see William’s birth. To our nurse, Galyna Mykhlyk, our doula Brooke Volpe, and our doctor Natalia Miranda, M.D., we owe a huge debt of gratitude. 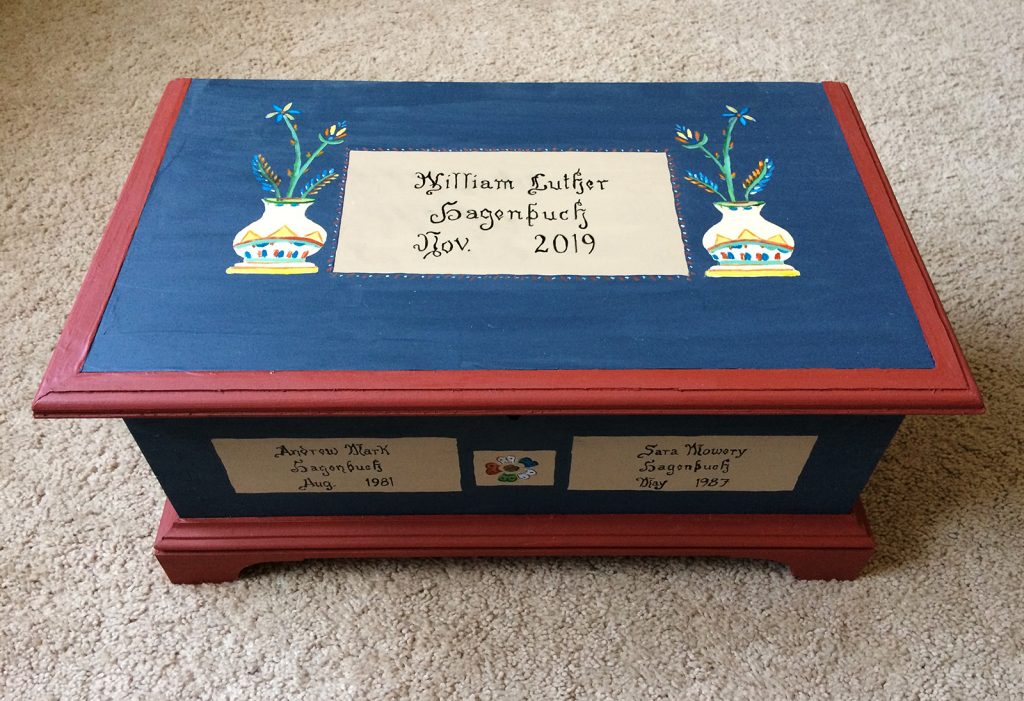 Chest made for William L. Hagenbuch and presented by his grandparents, Mark and Linda (Gutshall) Hagenbuch

William’s first visitors arrived three days after his birth and were his paternal grandparents, Mark and Linda (Gutshall) Hagenbuch. They gave to William, as they have given to all of their grandchildren, a small chest with his name on it. The chest is also painted with the names of his parents and paternal grandparents, as well as with decorations inspired by the birth and baptism Fraktur of Anna Elizabeth Hagenbuch.

Several years ago, I listened to a Freakonomics episode entitled Why Do People Keep Having Children? A portion of this chronicled the 2004 tsunami which devastated Indonesia and killed over 200,000 people. The piece told how the disaster decimated families and filled communities with ruin and despair. For many people, the future seemed bleak and joyless. No one knew how, or if, they would ever recover from the loss.

Yet, ten years later when a journalist returned to interview survivors, most had rebuilt and moved on with their lives. Others reported feeling hopeful about the future and had put the tragedy behind. What made this possible for them?

Research showed it was, at least in part, due to the births of children. Those who had children after the disaster possessed a more positive outlook and were willing to move on from the loss of their loved ones. Of course, this isn’t to say that children are a golden ticket to happiness. Instead, it points to an element of our human experience that connects children—the next generation—with the way we feel about our present and future conditions. 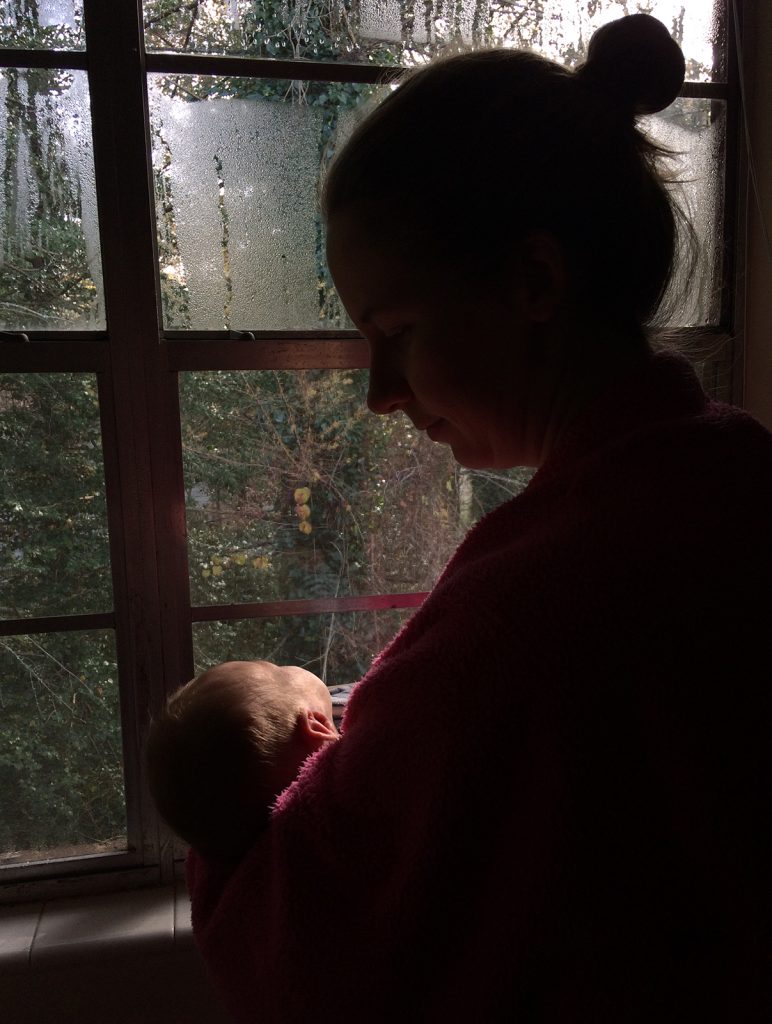 One might summarize this idea as follows: Children comfort us by showing that there will be a future, one that could be even better than the best we can imagine today. Given all the tumultuous events and human suffering in the world today, is this not something worth hoping for?

This Thanksgiving will be the first that Sara and I celebrate together with William, the new leaf on our family tree. Yes, he is just one of the many thousands of Andreas Hagenbuch’s descendants, but he is also the first of ours, bringing us much hope and joy for the future.

From our Hagenbuch family to yours, may you have a happy Thanksgiving.