The Last of the First Cousins

Detail of an portrait of John H. Hagenbuch

John was born near Danville, Pennsylvania, the youngest child of Luther and Carrie (Beaver) Hagenbuch. He had five siblings, all deceased: James married to Lois Cameron, Luther Jr. married to Joan Dietz, Merlin “Fred” married to Dorothy Hummer, Marybelle married to Marvin Noll, and Glen married to Jean McInroy. John was married in 1958 to Anna “Marty” Hood and they have four children: Barbara, Deborah, Beth, and David.

I really didn’t know John well until about 1987, when I moved to Dillsburg, PA to become an elementary principal. John owned a business, John-David Advertising. which sold all sorts of promotional and custom printed items for companies and schools such as coffee mugs, t-shirts, and so on. Knowing that John had this business, which was located in Danville, I contacted him and had him make up pencils, pin-back buttons, and tablets with my elementary school’s name and logo. I handed these out as gifts to students and parents. If you purchased a shirt sporting the Hagenbuch crest or a Hagenbuch reunion coffee mug back in 1991, they were the creation of John’s company.

Over the years, John and I kept in contact off and on. John was president of the Hagenbuch reunion for five years from 2007 to 2011. He taught Sunday School at his church for many years and was a member of The Gideons International. 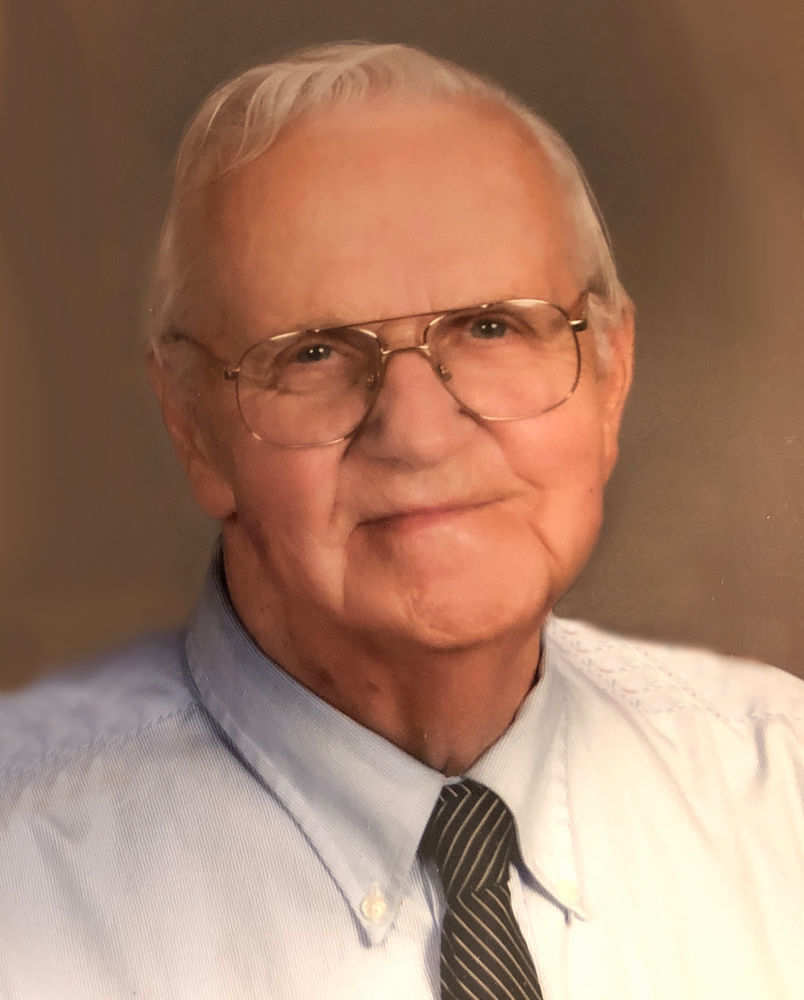 As mentioned already, John was my father’s first cousin, and he was the last living first cousin of that generation of my Hagenbuch family. First cousins are the children of brothers and sisters — those folks who share the same grandparents. John’s and my father’s grandparents, my great grandparents Hiram and Mary Ann, had 12 children. Seven of these had children, 34 in total, who were all first cousins. Those seven children were Kathryn “Katie” (Hagenbuch) Roat (b. 1879), Percy (b. 1880), Israel (b. 1883), Hiram Jr. “Harry” (b. 1886), Clarence (b. 1889), Franklin (b. 1890) and Luther (b. 1896). 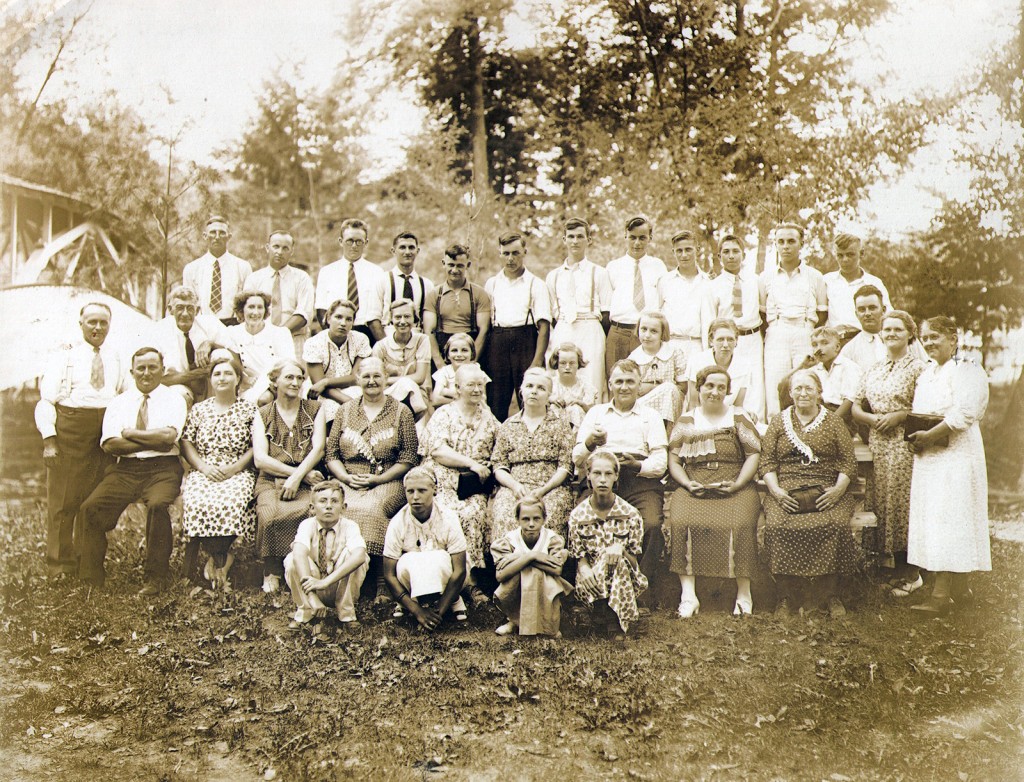 The well-known photo of the Oak Grove Lutheran Church picnic at Knoebels Grove near Elysburg, Pennsylvania taken in 1937 portrays 16 of the 34 first cousins, grandchildren of Hiram and Mary Ann (Lindner) Hagenbuch. 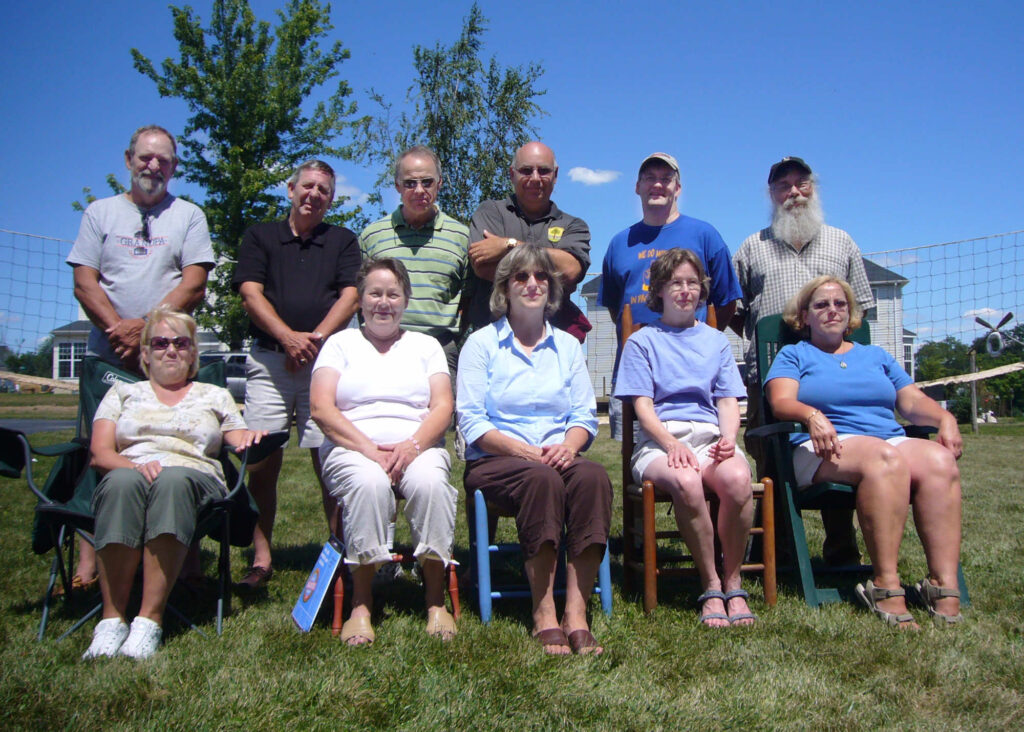 Eleven of these nineteen first cousins appear in a photograph taken on July 21, 2007 at a “First Cousins’ Reunion” held at the home of Mark and Linda Hagenbuch outside Dillsburg, Pennsylvania.

First cousins may exist on both sides of one’s family. My mother was Irene (Faus) Hagenbuch, and I also have 14 Faus first cousins. So, between both of my sets of grandparents — Clarence and Hannah (Sechler) Hagenbuch and Odis and Minnie (Hilner) Faus — there are 33 first cousins.

Another set of first cousins are from my immediate family. They are the grandchildren of my parents, Homer and Irene (Faus) Hagenbuch, and are the children of me and my three siblings: Barbara Huffman, Robert Sr., and David. There are 11 first cousins in this batch: Tommy Huffman, Melanie Claxton, Robert Jr., Craig Sr., John, Jennifer Blakely, Christian, Rachel Powers, and my three children — Andrew, Katie Emig, and Julie.

These are a lot of people and a large group of first cousins in different generations. All readers might want to try this exercise with their own families, listing the names of their first cousins on both sides of the family to reach a total. The results may be surprising.

Rest in peace, John Howard Hagenbuch, the last of your Hagenbuch generation’s first cousins. As John was a devout Christian, his obituary states it best: “Although his passing is a loss for this world, for him it is gain.”