Detail of the wedding photo for Edna Scales and Benjamin Fifield, 1888

After the article about rescheduling the Hagenbuch Reunion to June of 2022, there were several reader questions about the two children who died within four days of each other. Sarah Scales was born in 1875 and died on August 12, 1877. Rollin Scales was born in 1876 and died August 8, 1877. The question asked was: What did these children die of? I wondered the same thing too.

The answer is: We do not know at this time, as death certificates were not recorded until the early 1900s. Also, because Sarah and Rollin died between census years, they aren’t even listed in that source. However, let’s take a closer look at this family, remembering that Andrew and I research from top to bottom instead of bottom to top. What that means is that many family historians begin with themselves and work back through their ancestors. Andrew and I started with Andreas Hagenbuch (b. 1715, d. 1785) and are working forwards, including every descendant we can find in male and female lines.

Now, let me weigh in on the Scales family (pun intended)!

In 1856, Matilda married Cornelius Scales, who was born in Canterbury, New Hampshire on October 11, 1829. It is not known how Matilda and Cornelius met, as Cornelius’ family was from New Hampshire and was descended from John Scales, one of the early founders of Canterbury. Canterbury is just north of the capital, Concord, and is known for its religious sect—the Shakers. 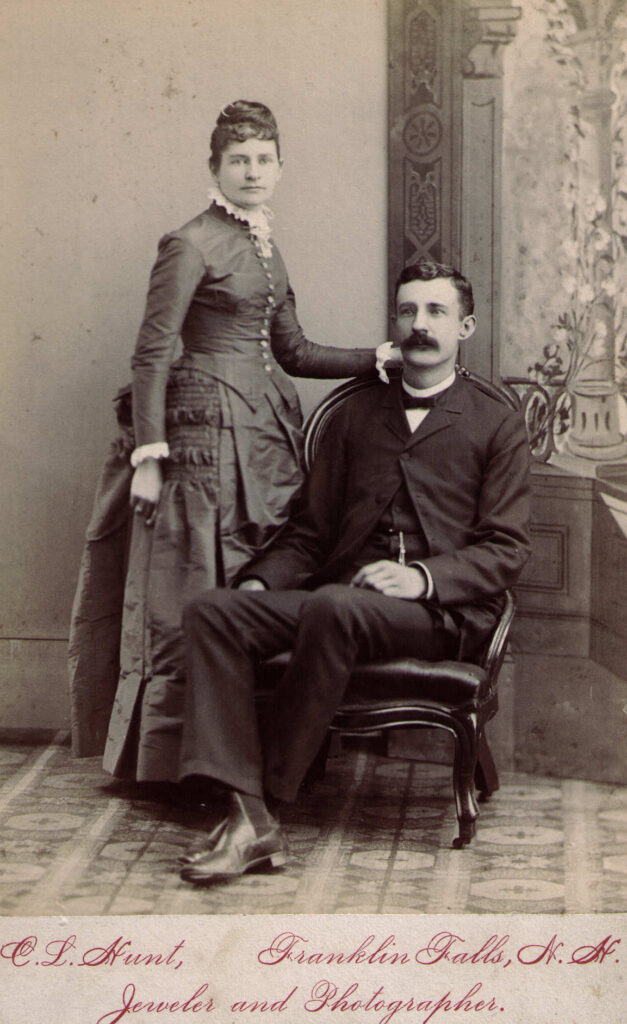 Matilda (Hagenbuch) and Cornelius Scales are buried at the Creveling Cemetery in Columbia County, Pennsylvania. Although Cornelius was a “son of New Hampshire”, by 1860 they were living in Jersey Shore, Pennsylvania. In 1880, the family had moved to Watsontown, PA and Cornelius is listed in the census as a “Foreman on R.R.” (railroad). But, in 1900 he and Matilda are shown to be living in Andover, New Hampshire with their daughter and son-in-law Edna and Benjamin Fifield. The Fifields were from this area of New Hampshire. Cornelius and Matilda may have just been visiting when the census was taken, because when Cornelius died in 1906, they were living in Espy, Columbia County, PA.

Edna (Scales) and Benjamin Fifield were married in 1888 in Andover, New Hampshire. They did not have any children and are buried at Creveling Cemetery, Columbia County, Pennsylvania. The 1910 census lists them as living in Scott Township, Columbia County, PA with Matilda (Hagenbuch) Scales. Benjamin is noted in each census as a farmer.

Charles and Hattie (Huntoon) Scales are buried in Hartford, Vermont where the Huntoon family resided. According to the 1900 census, they lived in Bayonne, New Jersey, and Charles was employed as an electrical engineer. In 1910, Charles was now working as a clerk in a telephone office. Charles died in 1927 and Hattie died in 1947. 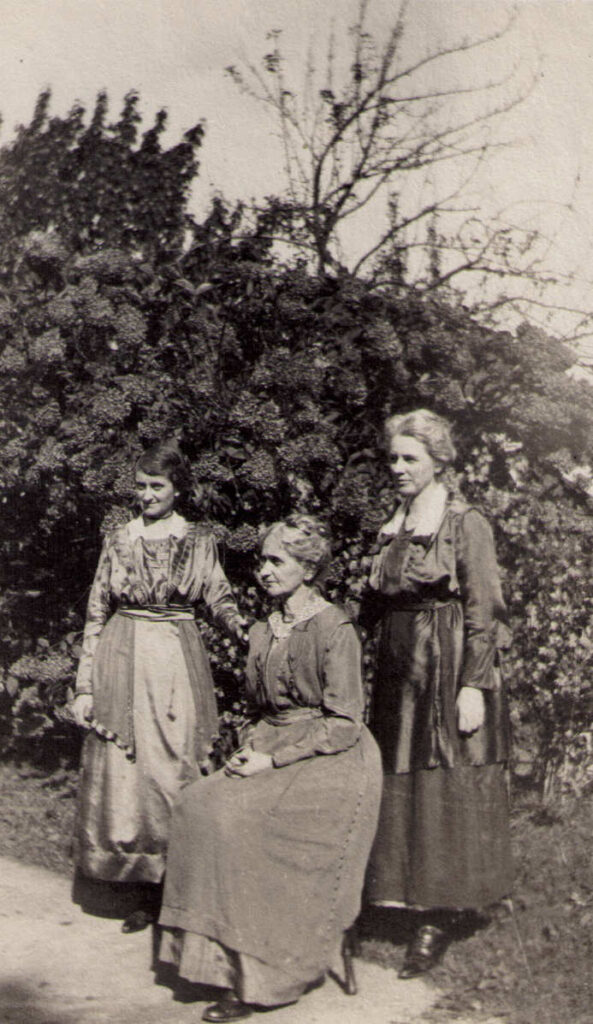 Bertie May Scales worked in the millinery business most of her life, making ladies’ hats and managing a hat shop. She lived in Selinsgrove, Pennsylvania and Bloomfield, New Jersey. She is buried with her parents in Creveling Cemetery. Roxanna and Edith Scales worked with their sister, Bertie, and made hats with her in Pennsylvania and New Jersey. They are also buried in the family plot in Creveling Cemetery.

One of the most interesting things about this family is the connection that that Matilda Hagenbuch had forged with the Scales and Fifield families of New Hampshire, resulting in them traveling back and forth between there and Pennsylvania. Was Cornelius Scales visiting or working in Pennsylvania around 1856 when he met Matilda, who was then 19 or 20 years old; or was Matilda visiting or working in New Hampshire in the mid-1850s and became acquainted with Cornelius? Their daughter and son-in-law, Edna and Benjamin Fifield, followed the same path spending time in New Hampshire and Pennsylvania. 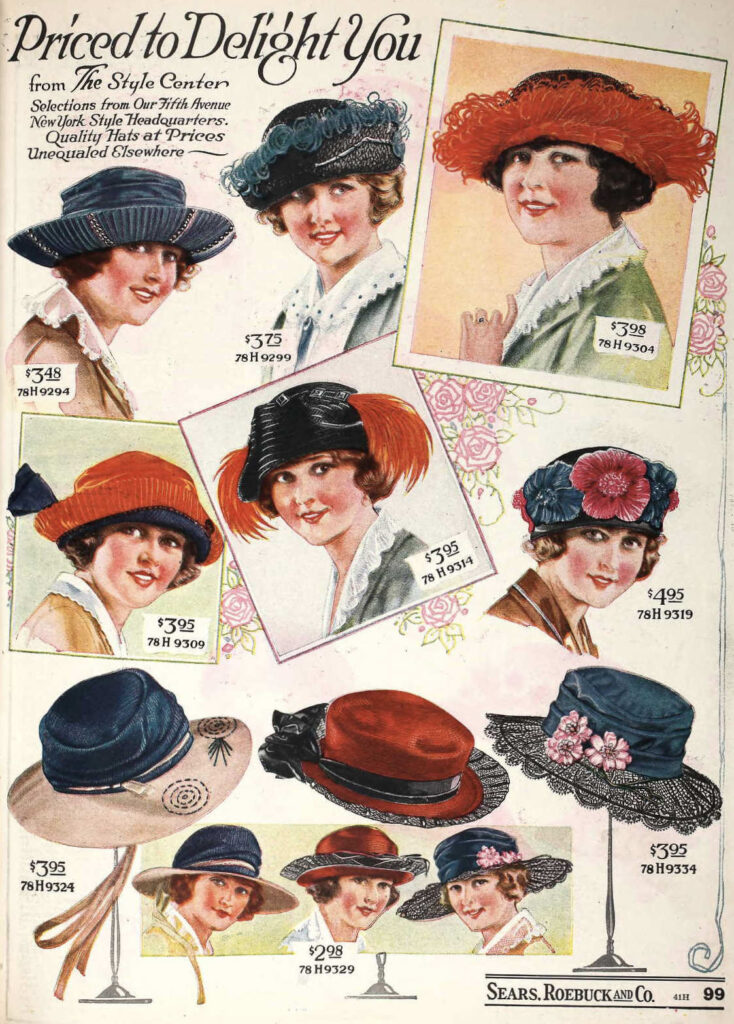 Also interesting is the hat making business of the three daughters in Selinsgrove, PA and in Bloomfield, NJ. There may be some vintage advertisements to be found for those businesses. Furthermore, Charles Scales’ life must be researched further. He lived away from the family, when he worked as an electrical engineer, and eventually died on Dey Street in Manhattan, New York (near the present day World Trade Center). Might there be more stories to uncover?

The Scales Family is one of the many families in our history that is interesting and has curious undertones. At first, seeming to be just another one of the lines descended from Andreas, it turns out their lives, like so many others, were rich, satisfying, and worth the time to research. Now it is time to put all this information into Beechroots!