Rescheduling the Hagenbuch Reunion to June 2022

Detail of a photo showing gravestones in the St. John's Church cemetery

Although Andrew and I expect many venues to open up by June of this year, we are still leery about the impact of having a large group of people together at that time. We believe the most positive thing to do is to reschedule the Hagenbuch reunion to Saturday, June 18, 2022, still holding it at St. John’s Lutheran Church (also known as Delaware Run) near Dewart, Pennsylvania. This will allow for maximum attendance. Also, we will be able to be together as one large family inside the church sanctuary for a German church service and utilize the large fellowship hall there for food, visiting, and a presentation.

As some of our readers know, St. John’s is a special church for our immediate family as my father-in-law was minister there from 1969 to 1985, and Linda and I were married there in 1974. In addition, it is a “Hagenbuch Church”, like Oak Grove Lutheran, Hidlay Lutheran, and New Bethel Lutheran, since the earliest attendees at these churches were Hagenbuchs.

Along with a planned church service in the German Lutheran tradition, we will provide a tour of the graveyard at St. John’s. I first walked through the graveyard in 1970, when I was at the church to practice on the organ for a wedding. I was only 15 years old, but already was researching our family’s history. On that day, I remember seeing gravestones of Hagenbuchs I did not know. However, after I married Linda in 1974 and I became more involved in genealogical research, I soon found out who these folks were and how they were related. 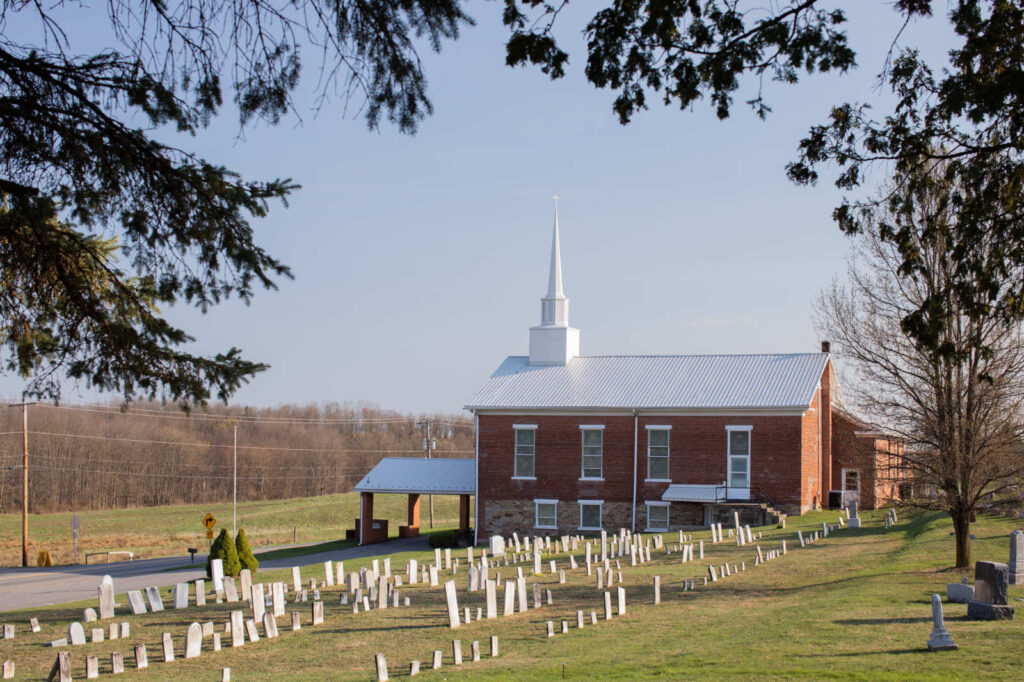 Below is a list of relatives buried at St. John’s: 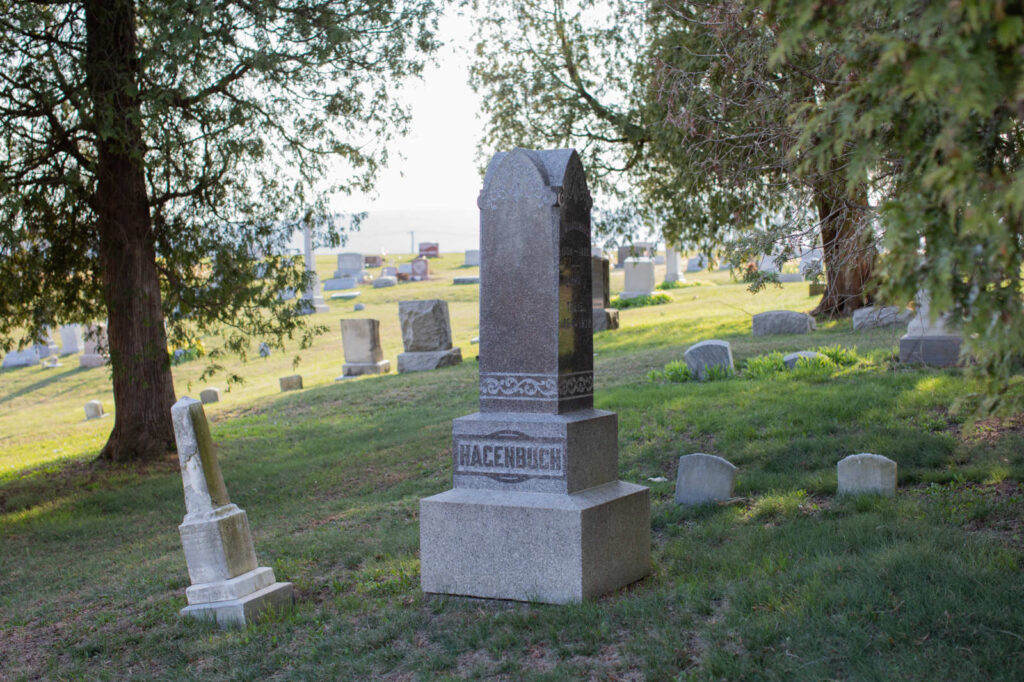 There are a large number of our Hagenbuch relatives laid to rest in this church’s cemetery. All are descended from the brothers Conrad and Charles Hagenbuch, who are sons of Andreas’ youngest son, John. Conrad, Charles, and their families were members at St. John’s Lutheran Church. Therefore, it is quite fitting that the reunion be held there, though we must wait one more year to all be together.

During the last year, Andrew and I have seen significant interest in attending the reunion from the many branches of our family. We look forward to having all of us together in 2022, which will mark the the 285th year of Andreas Hagenbuch coming to America.

This article was updated on November 18, 2021 to remove Mary Hagenbuch (b. 1810, d. 1846) which does not appear to be correct information and no stone exists for in the St. John’s cemetery.