It began with two photos. Two little girls dressed in the 1940s fashion—hooded coats, snow pants, and woolen leggings. The girls, Kathleen Hagenbuch and Joan Hagenbuch, were somehow related, and the photos were probably taken on the same day at the same school playground.

A few weeks ago Andrew received a message from Karen Courie of Georgia. She wrote that her she was putting together a memory book for her mother, Kathleen (Hagenbuch) Courie, and had contacted the borough of Bowmanstown as Karen knew they had a school photo of her mother.  Along with the photo of her mother, the borough sent another photo which was marked as “Joan Hagenbuch”. The relationship of Kathleen and Joan was not known.  Karen wanted to know if we could research this. She also reminded us that she had actually sent us information about her family back in March of 2019 which we had not followed up on. 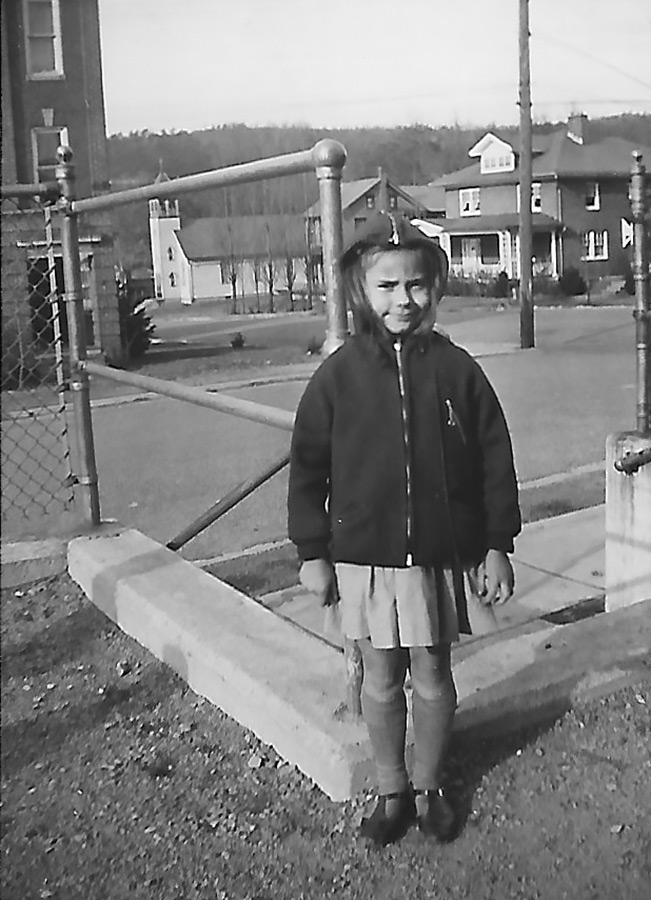 Joan Hagenbuch on a school playground, 1944

It seems that Karen’s mother, Kathleen, was working on the Hagenbuch genealogy in 2013 and before. She had visited the Hagenbuch homestead in Berks County and found out about me through the Berks County Graveyard Association. Unfortunately, her mother had a stroke soon after obtaining my name and address, so she had never contacted me.

Upon looking back through some emails and doing research, we pieced together what was going on with this family. Karen not only had the photo of Joan Hagenbuch. She also had one of her mother, Kathleen, when she was a young girl, which like the one of Joan, was probably taken around 1944 at a school playground in Bowmanstown, Pennsylvania. I asked Karen for copies of the photos. Along with the photos of the two girls, Kathleen and Joan, Karen sent family information and some other photos of her Hagenbuch family, enabling us to update this Hagenbuch clan’s info. 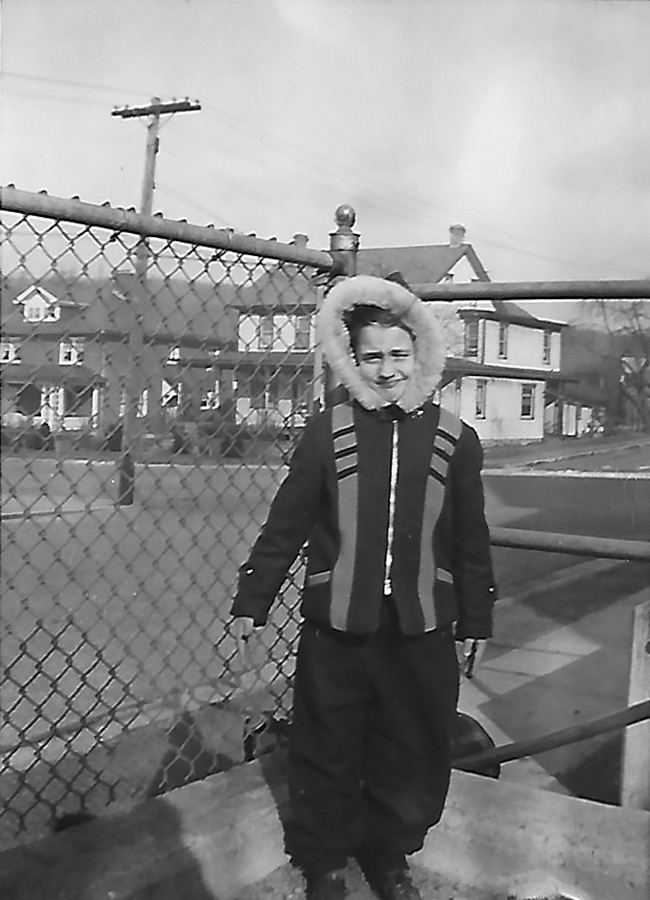 Wilbur and Howard came from a large family of Hagenbuchs. Their grandfather Reuben (b. 1805) was married to Sarah Bauman. Back in the early 1980s, when I was working diligently to list every Hagenbuch I could find, I recorded eight children for Reuben and Sarah, who was also known as Salome. Their names are: Sarah, Isabelle, Eliza, James, John, William, Thomas, and Rosanna. The names came from several sources before computerized research was available. With the latest online research, I have found John, James, Rosanna, William and a sister, not in the original list, Amanda (who died at age three). Much more research is needed to sort out these children.

Wilbur (b. 1905) and his wife, Verna, had two daughters: Dorothy, who married Donald Frey, and the aforementioned Joan, who married Ronald Christman. 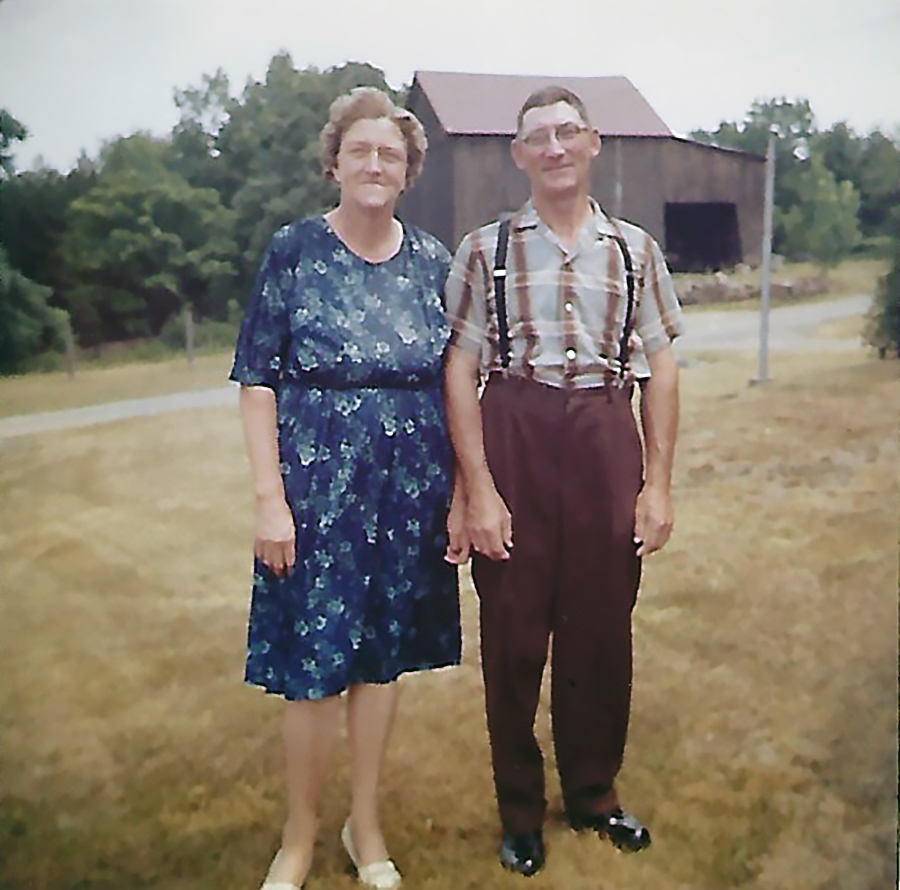 Karen’s grandfather, Norman Andrew Hagenbuch, was born in 1908 and died in 1992. He was married to Esther Deppe, who was born in 1905 and died in 1973. They had two children: Karen’s mother, Kathleen Lois (b. 1936, m. Wadie Courie) and Karl Lafayette (b. 1937, d. 2014). There is little information known about Karl, other than he was a U.S. Army Master Sergeant who served in Vietnam. Karl was married, and he and his wife had two children. Karl is buried at the Northern Nevada Veterans Memorial Cemetery in Fernley, Nevada. 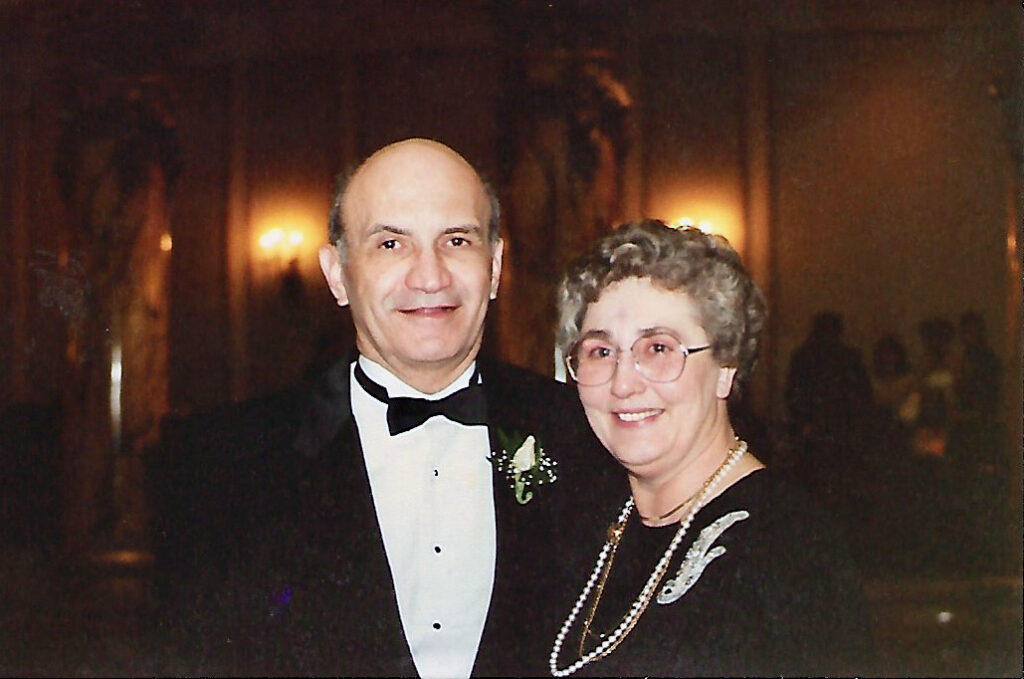 Karen’s parents, Kathleen and Wadie, were married in 1962 and Karen was born in the Washington D.C. area. Her father died in 1990. Thanks to her mother Kathleen’s interest in Hagenbuch genealogy, Karen’s contact with Andrew and me, and the photos of two little girls, this Hagenbuch clan has been updated, adding more information and stories to our genealogy. And, of just as much importance, we have found a new cousin. Welcome, Karen Courie!