Remembering James H. Hagenbuch: a Helmet and a Lost Love

Last year, we published a five-part series of articles about the family, life, and death of James H. Hagenbuch (b. 1922, d. 1944), a paratrooper who was killed in action during the D-Day invasion. We thought we had told the whole story. However, this was not the case.

In late 2020, Jerome Alloie of France sent us a message about a collection of World War II artifacts owned by him and his friends, including a helmet worn by a Hagenbuch. After seeing a few photos of the helmet, we confirmed that it was likely worn by James when he jumped with the 101st Airborne into Normandy on June 6, 1944. It had been recovered near Saint-Martin-de-Varreville and acquired by Jerome’s friend in 1995. 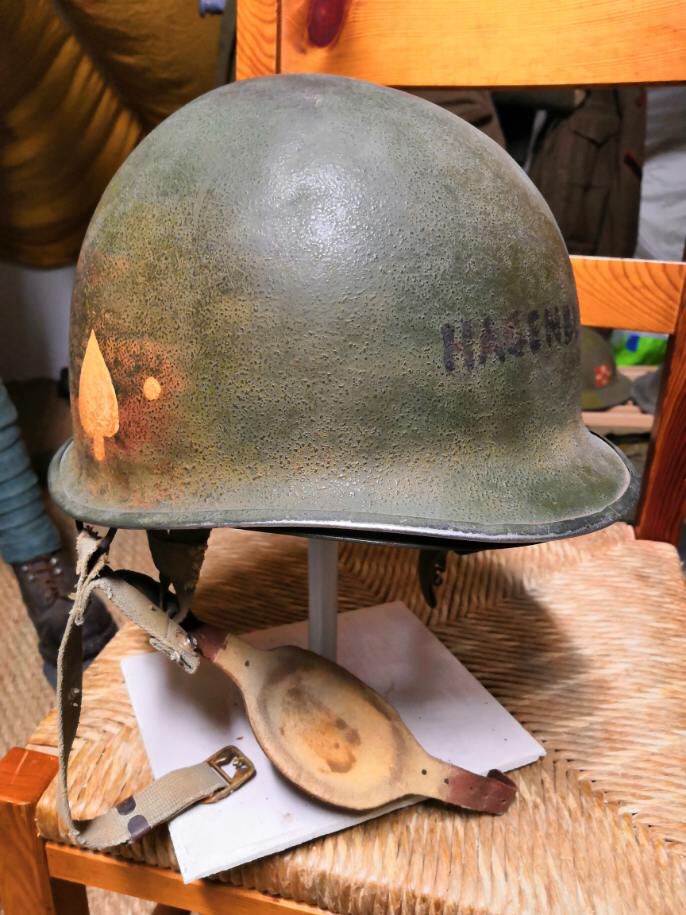 The helmet shows a number of important markings: James’ army serial number (13098929), a spade with a dot to the right side, and the name “Hagenbuch.” It’s worth noting that the spade signified that James was part of the 506th Parachute Infantry Regiment and the dot showed he was in the 1st Battalion.

We know from Donald Burgett’s account of D-Day that James was stunned, possibly by a grenade, while fighting a group of Germans hiding inside a church at Ravenoville. He may have lost his helmet during this incident or the next day, June 7th, when his unit came under attack in Saint-Martin-de-Varreville. Given where the helmet was found, we do not believe James was wearing it when he was shot and killed near Dead Man’s Corner. 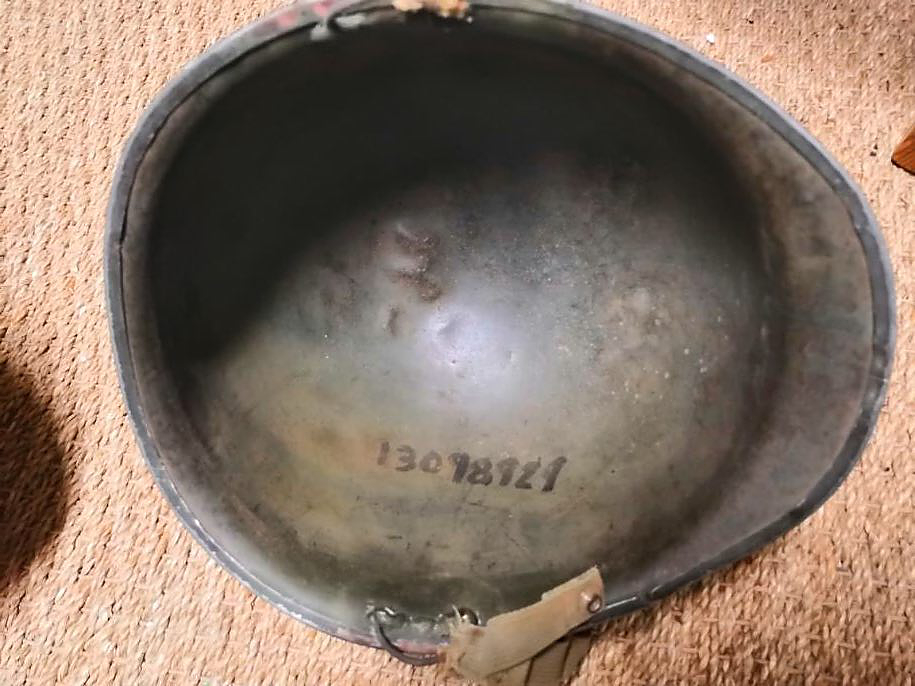 About 7 months after Jerome contacted us, we received another message about James, this time from Nancy (Talbot) Ewalt:

Wow, I just found this website, and I only wish I had discovered it before my mother passed in 2017. She was verbally engaged to Jimmy [James] Hagenbuch before he left for Normandy. I have a beautiful, professional photograph of them and postcards he sent her from Europe. I would love to share their story. 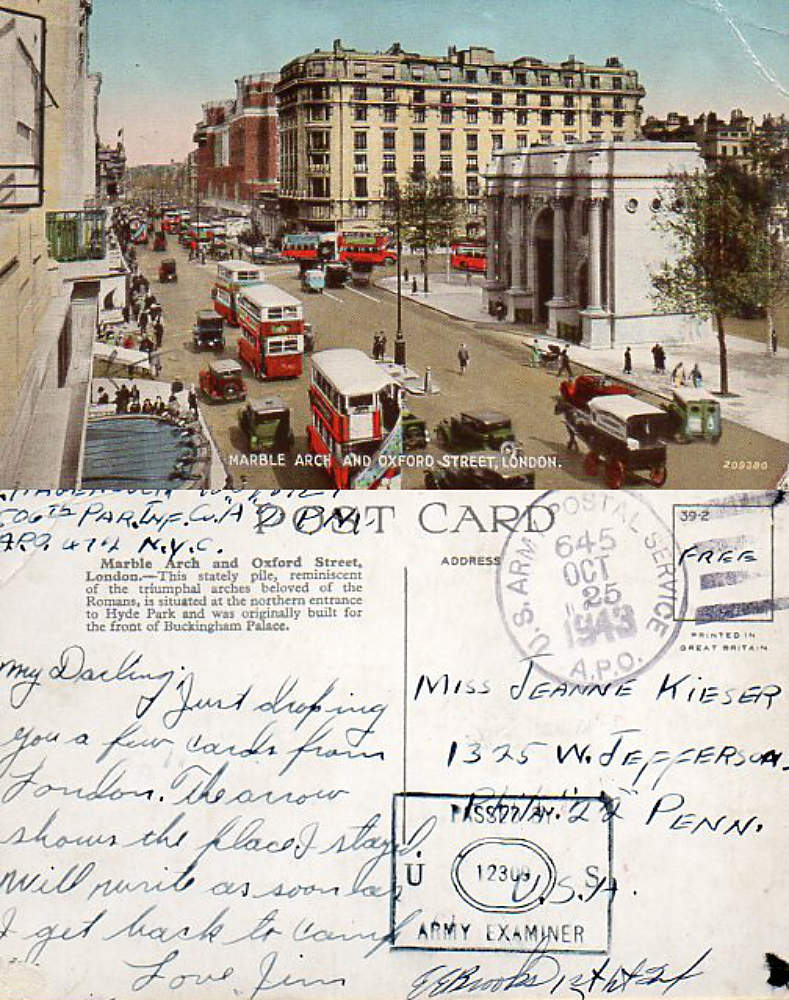 True to her word, Nancy and a family friend, Ed Rhoad, communicated how Jeanne (Kieser) Dabek (b. 1928, d. 2017) fell in love with James “Jimmy” Hagenbuch and how their relationship ended with his untimely death in France. Ed explained the circumstances that led to him learning about James, only a few years before Jeanne passed:

While I was returning from a trip to Florida, I decided to make a detour and go to Atlanta to see an 86 year old friend of mine, who I had not seen in 15 years. When I entered her apartment in the assisted living facility, I saw a picture of a cute young girl with a soldier with a paratrooper badge on his cap, obviously of WWII era.

I have known Jean for some 50 years, and in all that time I had never heard a mention of a soldier. It was also interesting that there were no pictures of her deceased husband on any wall. So I asked who were the people in the picture. She said, “That is me and that is the man that I was supposed to marry, Jimmy; he was killed in Normandy.”  With that she got teary eyed and said, “Ed, you know the worst part is I know he was killed on June 7th, but I don’t where he was killed or how he was killed, and I don’t even know where he is buried. He simply vanished from my life 70 years ago, and I have no closure. None”. 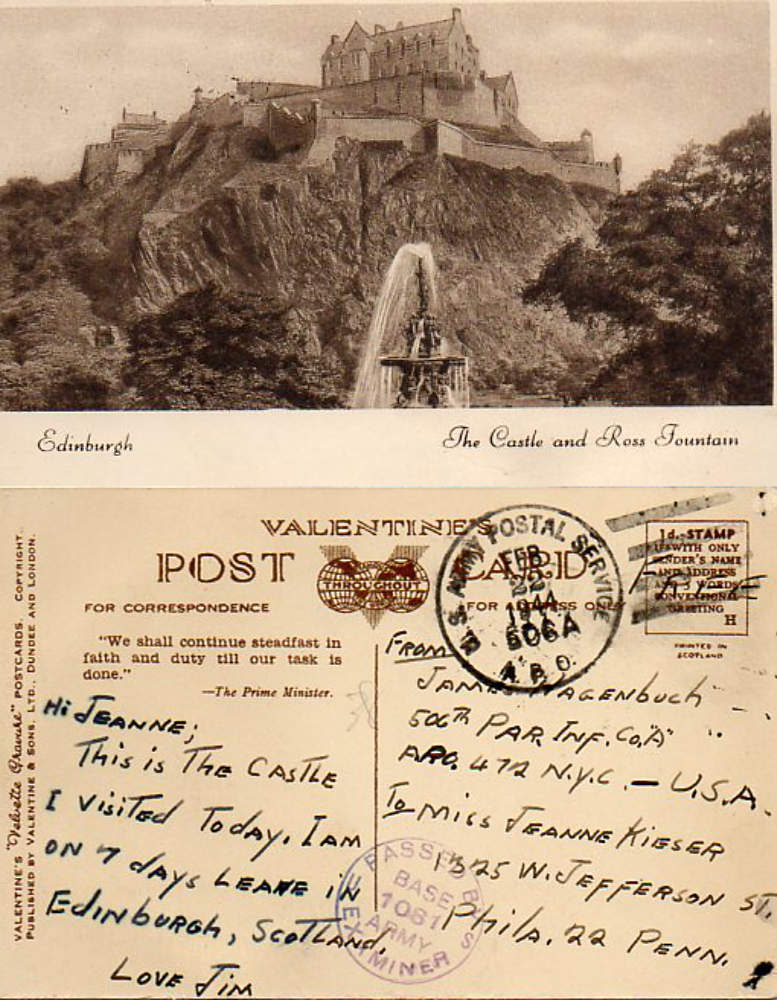 Nancy provided details about her mother’s life and how she met James:

[Jimmy and Jeanne] met in Philadelphia, where she lived with her grandmother at the time. She was 13 years old, although looks much older in the photograph. . . She told me they met at a swimming pool in Philly, and she even told me the name of it and where it was located, but I did not record it. I have the faint recollection it was an indoor facility. She told me they had the photograph done before he left, and I suppose she meant for Europe, but maybe it was before he left for training. It was their “engagement” photo, even though there was nothing official. . . On the back of the photo I have attached, where she is sitting on the car, she wrote to take note of her wearing his paratrooper wings on her dress. It’s very blurry. She told me she thought she still had that pin, but she looked for it a few years ago and couldn’t find it. Many moves and 70+ years displaced it somewhere.

Apparently Jimmy corresponded from Europe, but these postcards are all she has. We had them framed on her wall along with the photo of them.

I’m not exactly sure how and when my mother found out about Jimmy’s death. I think she told me that Joseph contacted her, as she had no contact with their mother. Once she found out about his death, she never heard another word. Like his family, she never knew how, exactly when, or where. But [the family] did know where he was buried, as she did not. She married my father and lived in Philly until about 1955. . . My mother and father divorced in 1965 and my mother remarried in 1968. That marriage lasted until my stepfather’s death in 1988. . . Jimmy was the love of her life. 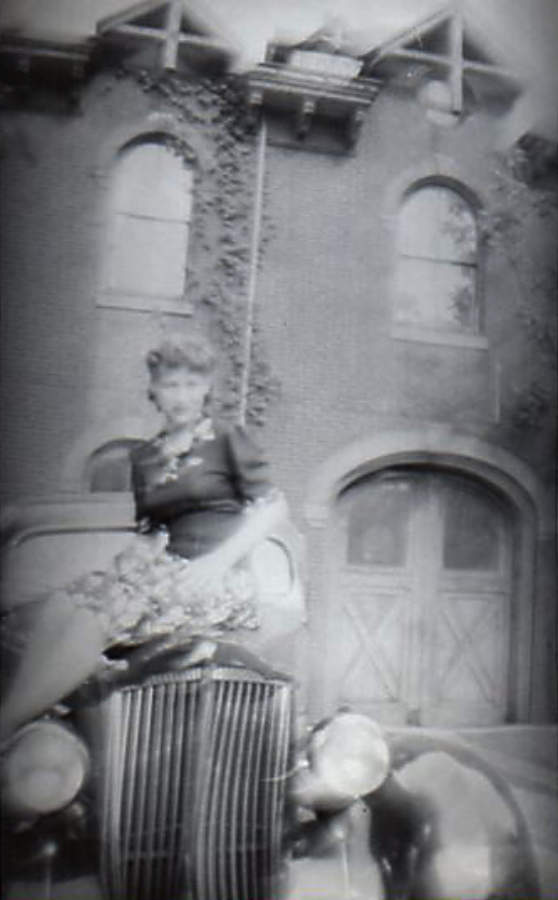 Ed next described how he was able to help Jeanne learn more about what had happened to Jimmy. Thanks to a well-placed Google search, he located Donald Burgett, who had been with James when he was killed. Jeanne spoke with Donald about James and his death. In addition, Donald provided her with the contact information for Joseph Hagenbuch—James’ younger brother. After talking with both men, Jeanne was finally able to receive closure and make peace with the loss of her true love.

Anecdotes like these show how difficult, if not impossible, it is to capture the full story of a person’s life. Though he lived just shy of 22 years, James H. Hagenbuch made a mark on history, left behind numerous artifacts, and impacted the people around him in ways they could never forget. Telling his story, as well as those of our other ancestors, isn’t merely something we should do. Rather, it is what must be done to properly honor them, their memory, and their sacrifice. 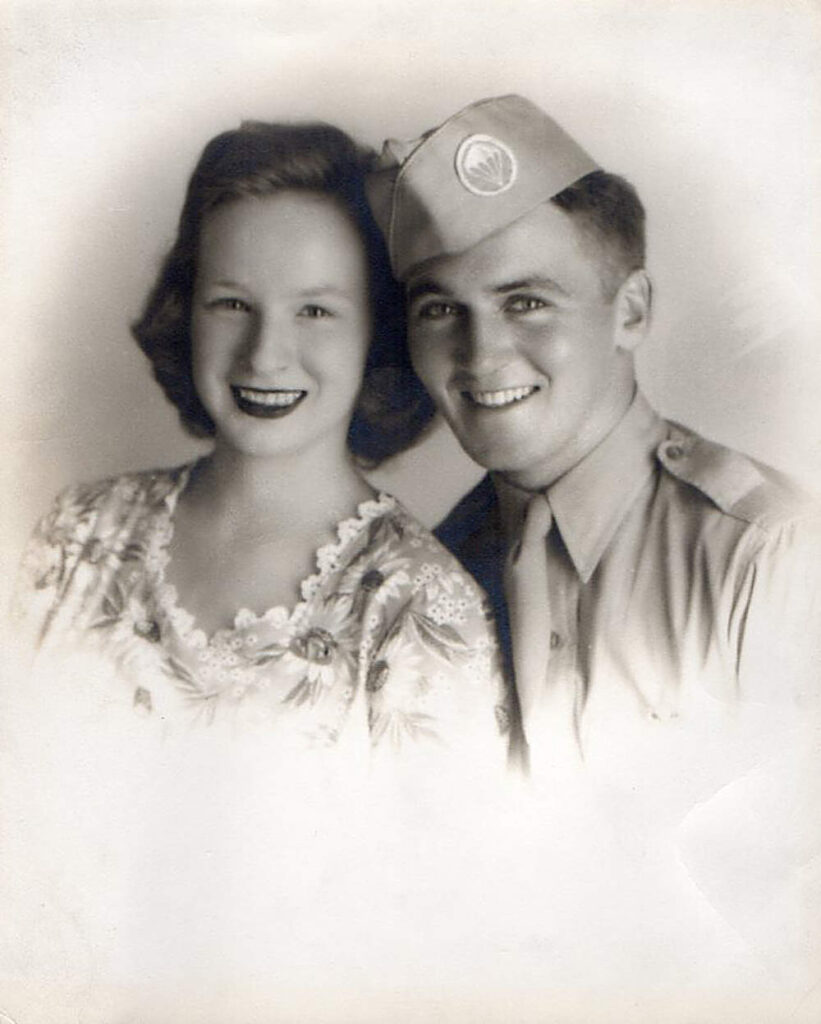