Detail of a photo of Homer S. Hagenbuch on an Allis-Chalmers WD45 tractor, c. 1960

In Part 1 of this series, details about the different types of ephemera found in the scrapbook of Homer Hagenbuch (b. 1916) were discussed. His mother, Hannah, and his sister, Ellen, were instrumental in the scrapbook’s production.

My grandmother, Hannah (Sechler) Hagenbuch (b. 1889), collected poems from newspapers which must have brought a twinkle or a tear to her eye. The very first poem found in the scrapbook that my Aunt Ellen arranged is beside two photos: one of Grandma’s family when she was a young girl and another of Grandma in later life. The poem is entitled Mother, written in 1939 by T. W. M. A few pages later is the funny, yet moralizing, poem by C. M. Barnitz of Riverside, Pennsylvania (across the Susquehanna River from Danville) entitled Hen Fever.

The 16 line poem decries the problem of a Mr. Henry getting into the chicken raising business. The moral of the poem is as follows:

Grandma’s scrapbook poems mostly center around the same themes: happiness, leading a good life, Christianity, honesty, and hard work. Grandma’s daughter, my Aunt Ellen, also included in Homer’s scrapbook one of Grandma’s own poems, Our Church, which she wrote in 1952 about Oak Grove Lutheran Church.

In addition, Aunt Ellen inserted two letters which Grandma received in 1941. The first is from two of her favorite radio singers: Lulu Belle & Scotty. The second letter is from the radio program, Ed East’s Kitchen Quiz. Lulu Belle and Scotty Wiseman were country singers who were featured on the radio show National Barn Dance. Grandma had written a letter to Lulu Belle and Scotty asking them to send her a copy of a song she had heard on their program entitled “Mary of the Wild Moor.”

However, because of copyright laws, the two singers could not comply, thanked her for the letter, and that was that. As for the Kitchen Quiz show, Grandma had submitted a question (which is not known) and in return for its use on the show she was sent the thank you letter and an assortment of White Rose Quality Foods (the sponsor of Kitchen Quiz). I wonder what those items were? I can only attest that in my opinion, Grandma was a “player.” She enjoyed making contact with nationally known radio stars!

Along with the two letters of correspondence, there are three postcards and a telegram. One is from Grandma’s sister, Grace—Easter greetings given to her in 1912. Another is a Valentine’s Day greetings from Mary Maust. Mary Maust was a friend of Grandma’s whose brother, Joseph Maust, would go on to marry Kathryn Hagenbuch, daughter of Hiram “Harry” Hagenbuch, Jr. He was the brother of my grandfather, Clarence Hagenbuch (b. 1889), who in 1914 married my grandmother, Hannah Sechler. Did you follow that? The third postcard, postmarked 1907, displays an embossed teddy bear with a Good Luck greeting on it. The signature cannot be deciphered. 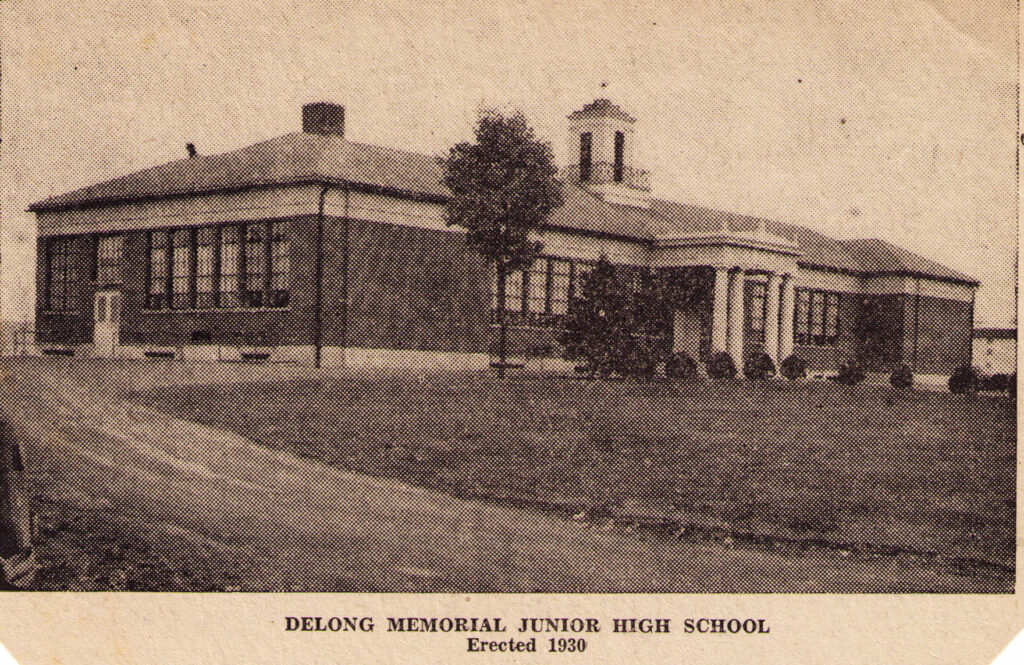 Clipping showing DeLong Memorial School in Washingtonville, PA. It was named for the mother of the benefactor and entrepreneur, Frank E. DeLong.

Probably the most interesting of the items is a telegram. Sent on December 29, 1909 with New Year’s Day greetings, it was transmitted to my grandmother from “Aunt Susie.” It took some research on Ancestry.com, but eventually I found that Susan “Susie” (Kram) Sechler (b. 1863) was the wife of Frank Sechler—the brother of Grandma’s father, Samuel Sechler (b. 1855), my great grandfather. Then, a memory popped into this brain of mine. 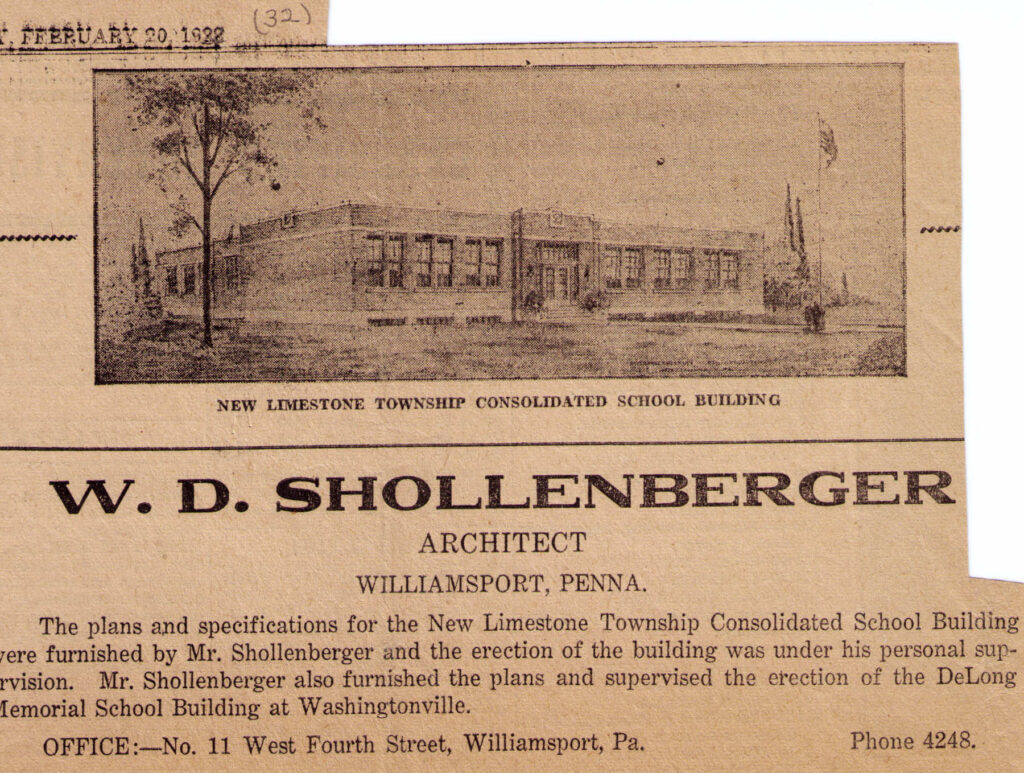 My father’s first cousin, Harold Sechler (b.1923), often talked about his Uncle Frank Sechler (b. 1863) being a postal mail carrier and living in Montrose, Pennsylvania. This led me to the 1910 census. There were Frank and Susie (Kram) Sechler living in Montrose, PA and his job was listed as “RFD carrier”! Over more than 100 years, through a telegram that Grandma saved and my Aunt Ellen put into a scrapbook for her brother Homer, my great great Aunt Susie was reaching out so that she could be remembered. There is more to this story, I am sure. 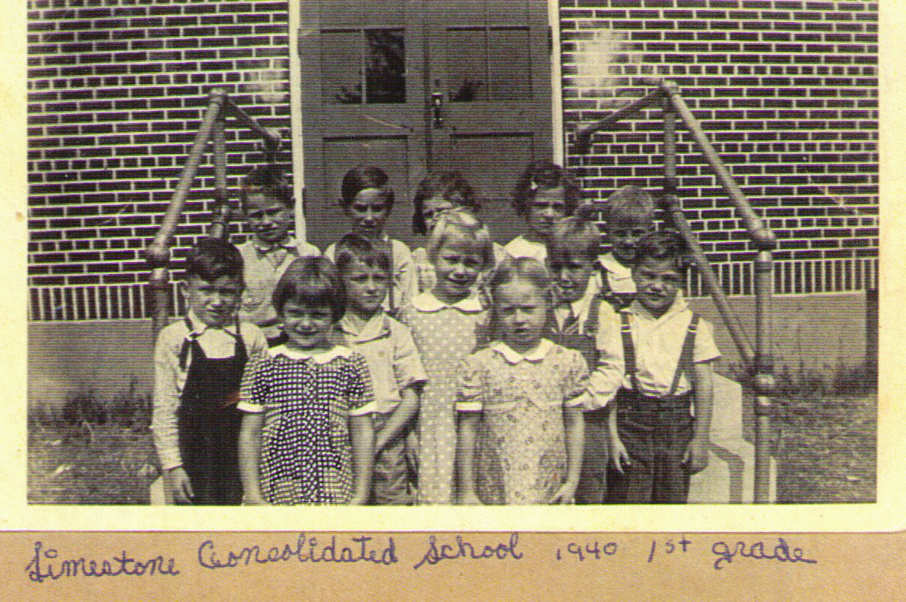 Limestone Township School, first grade, 1940. Identified on the back are Gerald Royer and Ruth Bortz.

Finally, here are a few words about the cartoons that Grandma clipped from newspapers. These certainly reflect the humor of mid-1950s America, and today it is unlikely they would produce a belly laugh! Some folks might smile a bit, and others might scratch their heads wondering, “What does that mean?” Being a fellow who was born in rural Pennsylvania in 1953, they still bring a smile to my face. But, to be honest, we have lost the simplicity in our culture that allows us to enjoy wholesome humor. As with so many of the other articles my grandmother Hannah Hagenbuch saved, the cartoons speak to a time more than a half century ago when most humor was not indecent. 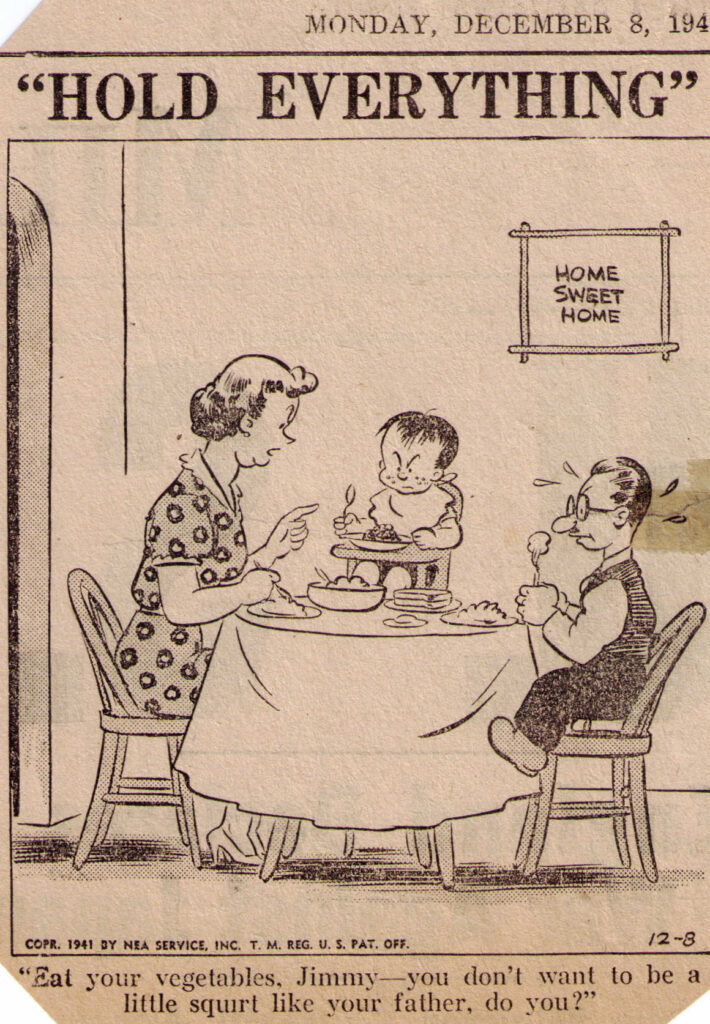 It would take many hours and hours to read every one of the approximately 250 articles in my father’s scrapbook—that was put together by his sister, Ellen, using ephemera saved by his mother, Hannah. As mentioned, unless one is from the farming area of Pennsylvania where I grew up, most of the pieces will not be fully appreciated. They are a window into my Grandmother’s life, her beliefs, and her interests. Yet, she was not a uniquely, one-of-a-kind farming housewife. Women from that era living in rural Montour County shared Grandma’s beliefs. They attended church, they cared for their families, they enjoyed visiting their relatives and friends, and they loved where they lived. Above everything else, they attained happiness from these things.

Homer’s scrapbook leaves us not only with a view of my grandmother’s personality, but also with a view of rural America from about 1900 to 1965. Through much of what Andrew and I research and write about, I believe we want to understand and even recapture those simpler times of our ancestors. We thank Grandma Hagenbuch and Aunt Ellen for having the foresight to save a bit of America for all of us to learn from and enjoy. 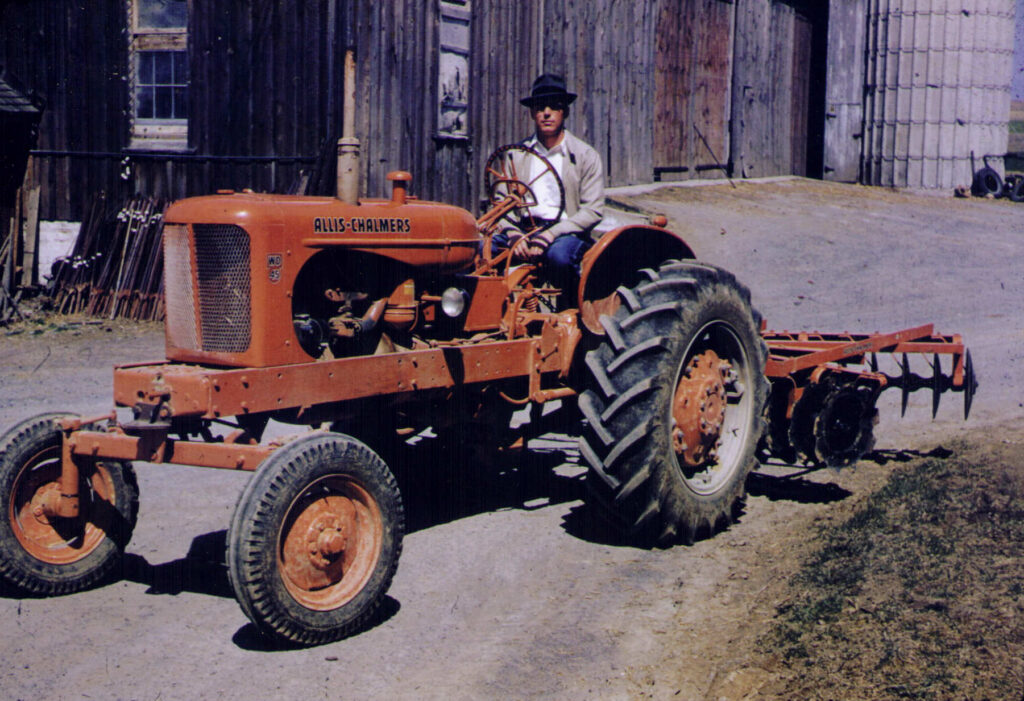