The Grisly Demise of Henry Hagenbuch

As a warning to our readers, this article describes the unsettling details of a suicide during the 19th century. 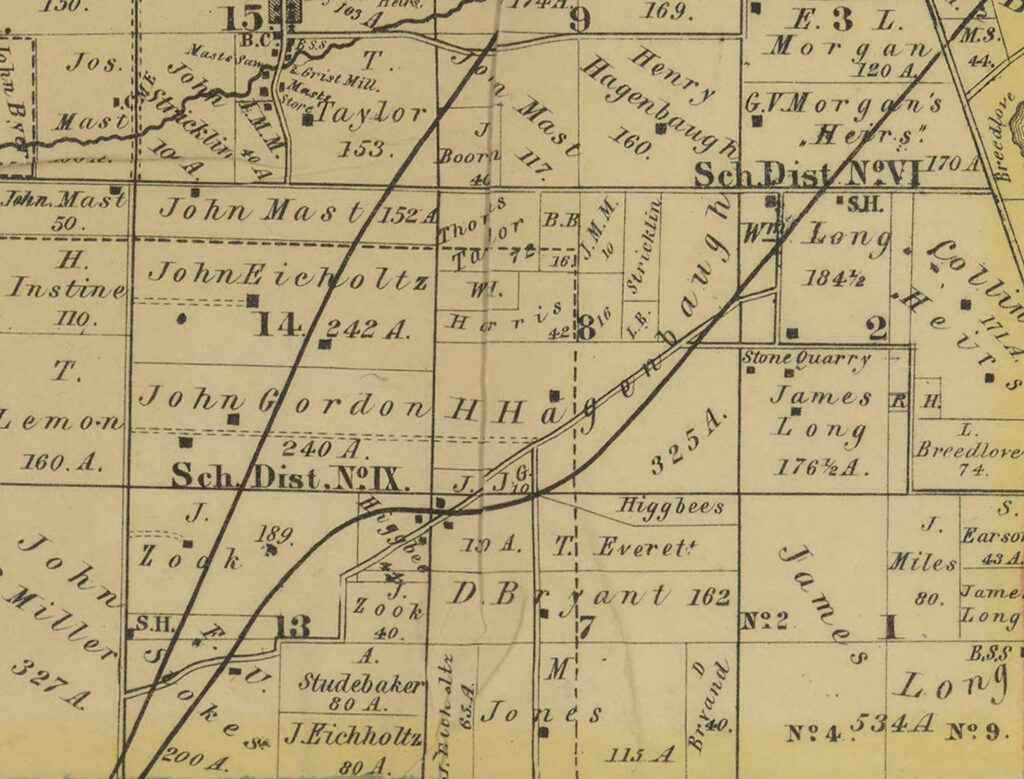 Landholdings of Henry Hagenbuch/Hagenbaugh shown along the railroad (the dark black line), 1858

During the early 1850s, a track for the Columbus, Piqua, and Indiana Railroad was laid through his property. A platform was built, and the stop named “Hagenbaugh.” Hagenbaugh grew into a small, unincorporated community containing a few homes, stone quarry, and one-room school. Utilizing the convenient rail access to buy and sell goods, Henry found success as a “general trader” according the 1870 census.

Yet, as railroad traffic increased, so did the need for more tracks, signals, and facilities. All of these required land and put the railroad companies in conflict with Henry, whose mental health was in decline and who wished to keep his property intact. The following newspaper article published on July 30, 1878 in the Waupun Leader describes what happened next:

A SAD CASE OF SELF MUTILATION.

From the Urbana (Ohio) Citizen.

Mr. Henry Hagenbuch, a wealthy citizen of this place, and well-known here and elsewhere in the past years as a most energetic business man, has been for some years afflicted with a mild form of meloncholia [sic]. At no time has there been a symptom of violence, even when he was surrounded by excitement. A disposition to a secrecy was one of the prominent phases of his insanity, yet strangers would not have discovered any evidence of mental disease. For several years his property has been in the charge of his wife, guardian by appointment, and the business transactions have been managed by his son, a young man of about twenty-five years.

In the early part of the month preparations were being made to convey some thirty acres of real estate to trustees for use of the U. S. Rolling Stock Company, and it was necessary to obtain an order from the Probate Court. This seemed to unnecessarily irritate Mr. H., and he was unusually excited, his mind appearing to be in worse condition than for months.

On Thursday, July 14, the son, desiring to remove the father from the influence of these business transactions, told him to hitch up his buggy and go up to the farm, several miles distant. He saw nothing of his father for half an hour or so, and, upon then going to the stable, he found him lying insensible on the floor of the stable, in a pool of blood. Investigation showed that Mr. H. had used an old, dull corn-cutter and, with the utmost deliberation, had cut his left hand off the wrist. Quite a number of blows had been struck, and the wrist and arm, for a space of an inch or so on the inside, were hacked and haggled up, but, persistent in his effort, he had completed the work by turning the arm over, bending the palm of the hand down to the wrist, and cutting a gash across the back of the wrist joint.

It was evident that he had then watched the outpouring of the blood until weakened into fainting. Then the flow of the blood was stopped, and coagulation prevented any renewal of the hemorrhage, when he was revived and taken to the house.

Drs. H. Pearce and I. W. Godard amputated the forearm near the elbow, and a few hours afterwards Mr. H. raised himself up and seemingly discovered his hand was gone, and in a surprised manner inquired what was the matter, and what he had been doing. He declared he had no recollection of the deed, and that he remember only seeing the corn-cutter, and all that occurred thereafter was unknown to him.

From that time his mental condition has improved, and the next day his memory concerning the horrible deed had been so far restored, that he was able to recall it as a dream, indistinct and uncertain.

Unfortunately, as time went on, Henry Hagenbuch did not improve enough to prevent him from being a danger to himself. In fact, there is evidence that he had a pattern of suicide attempts over a period of at least six years. One of these ultimately resulted in his death on June 2, 1881 and was reported in the Cincinnati Daily Gazette the following day:

Mr. Henry Hagenbuch, an old and well known citizen of this city, was run over by a passenger train on the Pan Handle Railroad yesterday morning, the train passing over his legs just below the hips, and severing them almost from his body. His injuries are such that very little hope of his recovery is entertained. Mr. Hagenbuch has been subject to mental depression for a number of years, and had made several attempts at self-destruction, the latest having occurred about two years ago, when he cut his arm off with a corn cutter. He is supposed to have wandered off this morning, and being in the neighborhood of the track about the time the train was due, and being depressed in spirits, threw himself under the train with the intention of ending his existence. Mr. Hagenbuch was at one time one of the wealthiest and most prominent citizens of this county. 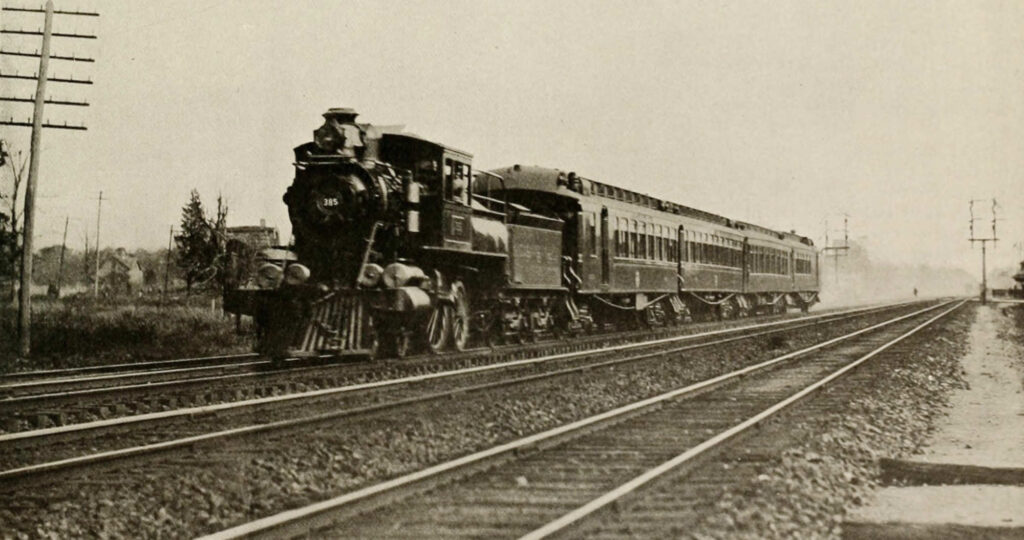 Henry Hagenbuch was buried at Oak Dale Cemetery in Urbana, OH along with other members of his immediate family. While the details of his death are the stuff of gruesome Halloween tales, his story is also a reminder that our ancestors struggled with mental illness and, in a time before modern healthcare, rarely got the help and support they needed. Today, we remember Henry for more than his demise. He was a husband and father, a successful farmer and businessman, and an important figure on our Hagenbuch family tree.