Well I’ve got a gal, she’s as cute as she can be.
She’s a distant cousin but she’s not too distant with me.
We’ll kiss all night.
I’ll squeeze her tight.
But we’re kissin’ cousins ‘n that’s what makes it all right,
All right, all right, all right.

A few weeks back as I was entering names into Beechroots, I was reminded of these Hagenbuch clans from Columbia County, Pennsylvania. Indeed, there are Hagenbuch “kissin’ cousins.” 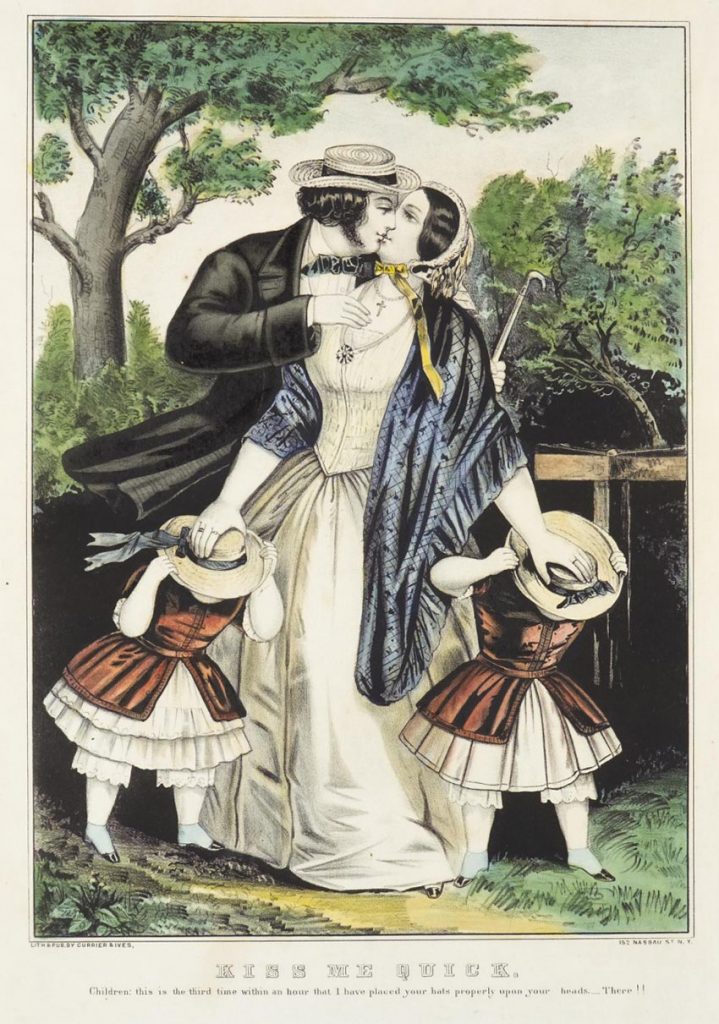 Back in 1978, I found Ray K. Hagenbuch and his wife, Carolyn, living in Camp Hill, PA. I went and visited Ray (whose birth name was Rea) and over the next several years he helped me to update his family line. Ray and Carolyn moved to Lakeland, Florida in 1983. Ray died in 2002. Genealogically significant is the fact that Ray’s grandparents were both Hagenbuchs. 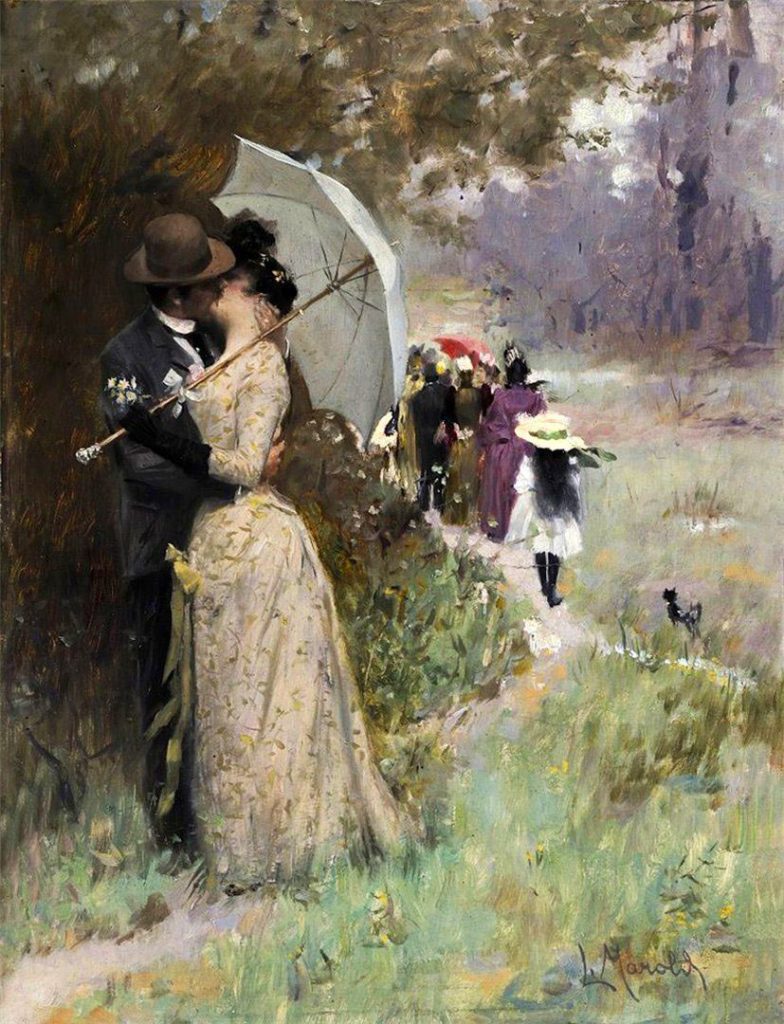 Kiss Under the Parasol by Ludwig Marold, 1895.

In both cases, the sons of Andreas—Michael and John—had descendants who married each other, keeping it all in the family. Whereas we are proud to be Hagenbuchs, these families can be doubly proud. Real KISSIN’ COUSINS!