Homemade ginger beer in a jar and in glasses

Before the holidays, I was reading a non-fiction book entitled Life on Muskrat Creek which tells the story of a family homesteading in Wyoming during the early 1900s. One chapter describes a Christmas celebration at the ranch, including the foods, decorations, and gifts that were part of it. A guest even brought his homemade ginger beer to share with the group.

Ginger beer was once a popular drink both in America and Great Britain. Its origins date back to the mid-1700s in England. However, it was the Victorians who, during the 1800s, popularized the consumption of ginger-flavored beverages.

Compared to ginger ale, which is a mixture of ginger, sugar, and carbonated water, ginger beer is brewed. As a result, ginger beer tends to have a stronger flavor, less sugar (due to fermentation), and may contain alcohol.

It is safe to assume that Hagenbuchs made and consumed ginger beer during the 19th century. That said, some Hagenbuch family lines were confirmed teetotalers. So, though it can be produced with minimal alcohol, some families may have avoided the drink and preferred to consume ginger ale instead.

After reviewing a number of recipes for ginger beer, I found one that could be made quickly—in only two days—and contained little discernible alcohol from the brewing process. The results exceeded my expectations both in ease-of-creation and taste.

Please note: The pictures in this article show a large batch of ginger beer being made. The below recipe can be easily doubled or tripled as needed! 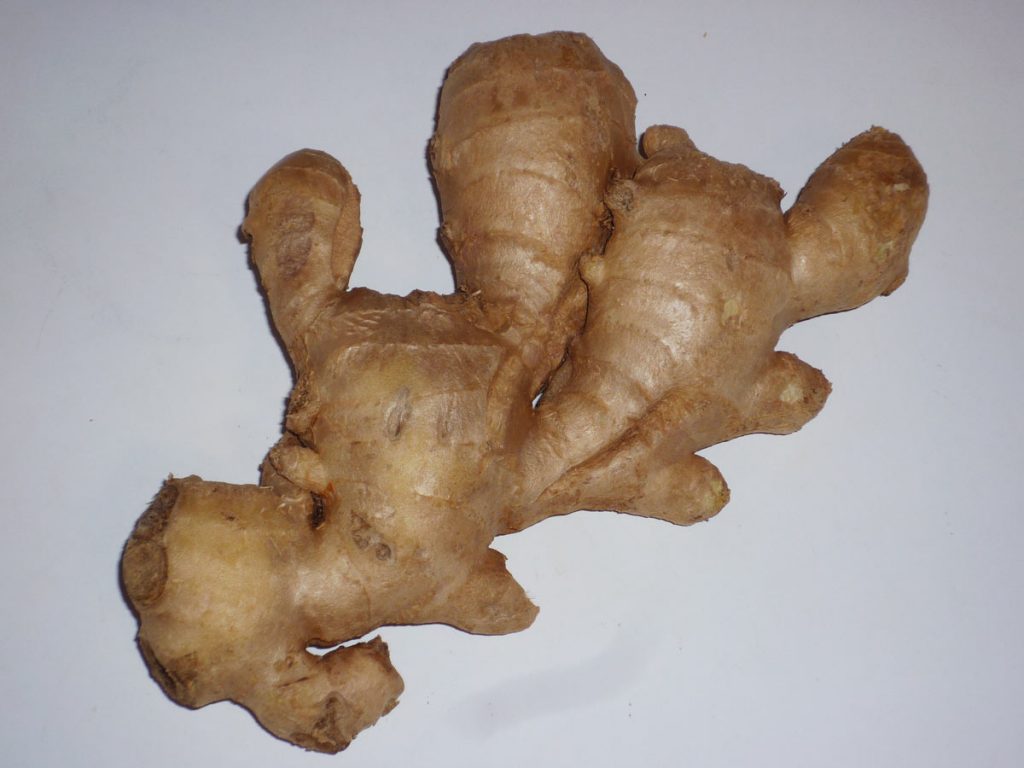 Begin by peeling the ginger. Then mince or finely grate this. In a sauce pan, combine the ginger, sugar, and 1/2 cup of the water. Heat the mixture to a medium temperature while stirring. 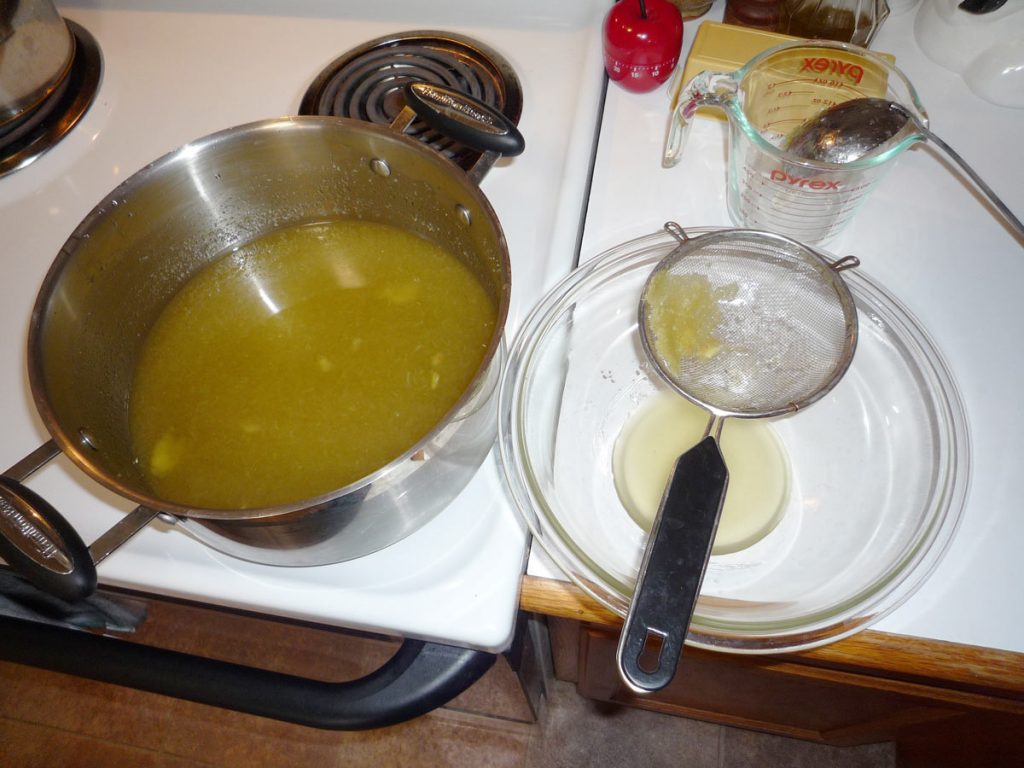 After steeping, the mixture (left) is strained to collect the sweet ginger syrup (right).

Once all of the sugar has dissolved, remove the pan from the heat. Let the mixture steep for 1 to 2 hours to create a ginger syrup.

Now, strain the mixture using a sieve. Discard the ginger pieces, but keep the remaining ginger syrup liquid. Divide the syrup equally between the 2 Mason jars. 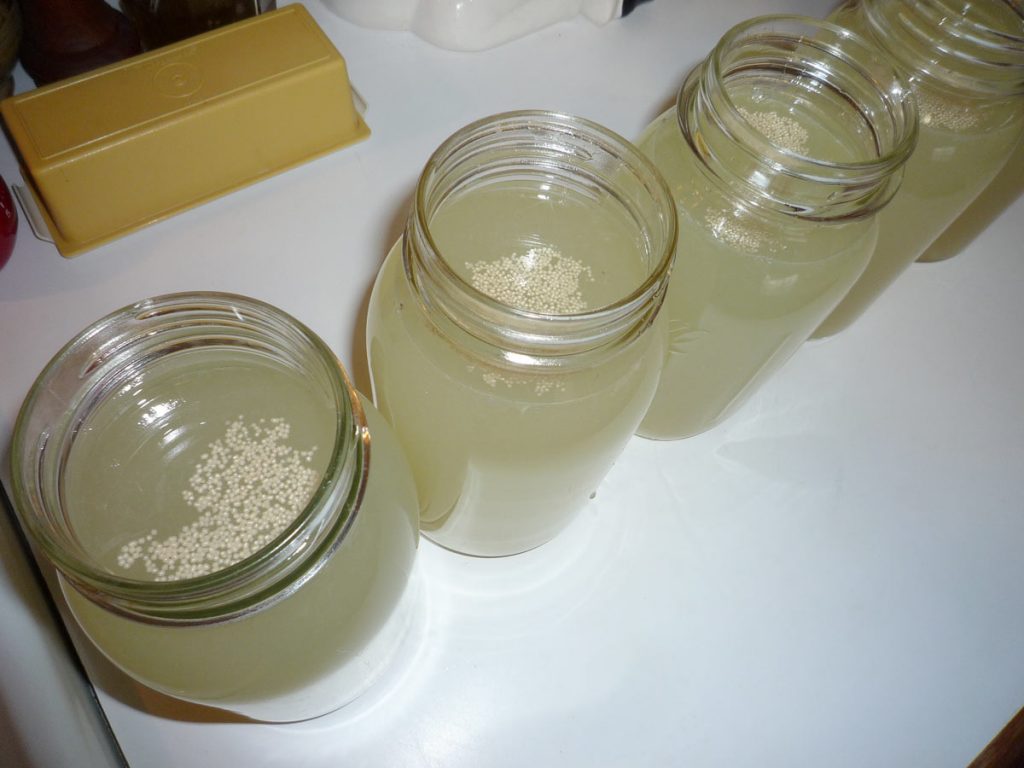 Ginger beer in jars with the yeast added

Divide and add the lemon juice between the jars. Do the same with the water and finally with the yeast. The jars should be nearly full to the shoulders. Place the lids on the jars and turn the rings until they are snug.

Shake the jars well, so the ingredients are evenly distributed. Then, place them in a dark place at room temperature, like a pantry. Within a day, the jar lids should begin to bulge out due to the fermentation process. However, because the ring isn’t fully tightened, excess carbon dioxide will escape and release some of the pressure. 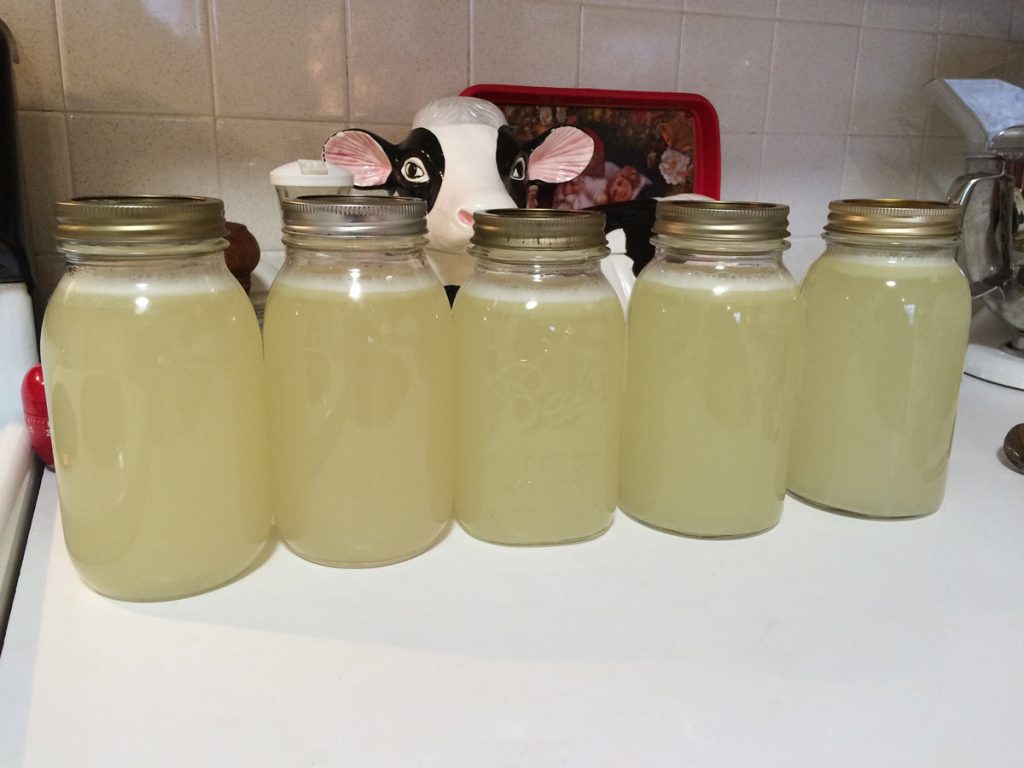 After 2 days, remove the jars and place them into a refrigerator. This will slow the fermentation and cool the ginger beer for consumption. Open the lid on a jar. The final result will be a bubbly ginger beer that is ready to enjoy with friends and family.

In fact, this is exactly what I did during the holidays. Mason jars filled with ginger beer made an appearance at no less than four family gatherings. Besides being a wonderful, refreshing beverage, the drink sparked discussions of our Hagenbuch family history and traditions. 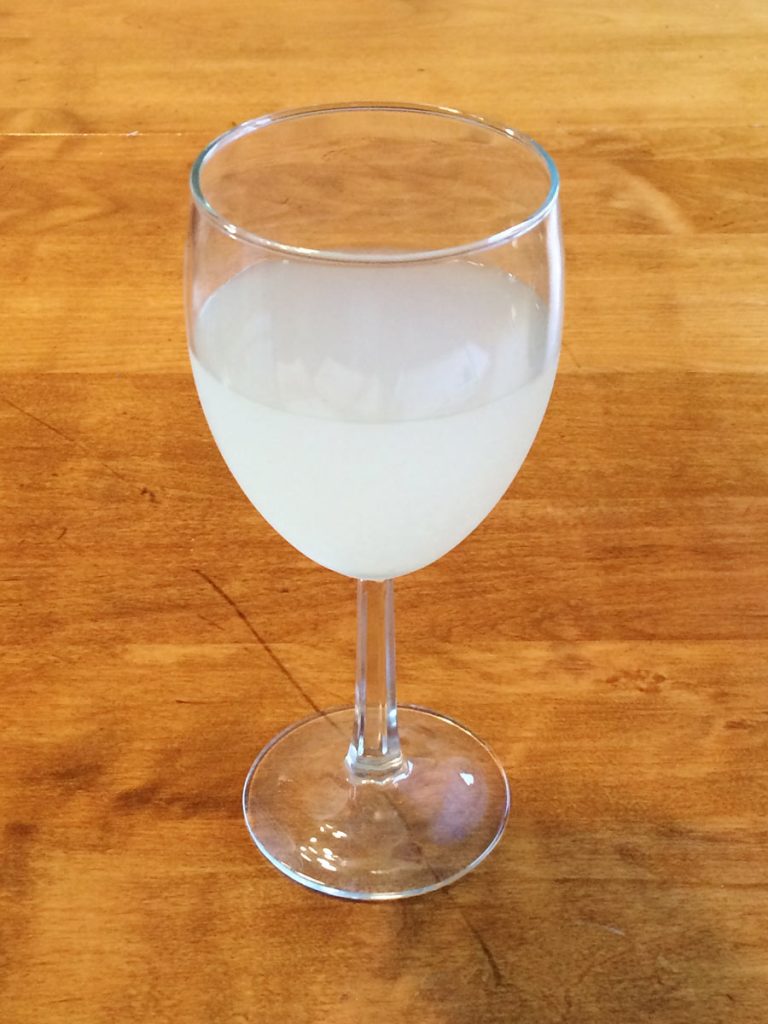 A glass of finished ginger beer ready to be enjoyed