Detail of the bridge over the Lehigh River by Gustavus Grunewald

So often in genealogy, researching one family or topic will lead to unintended discoveries. Such was the case when I stumbled upon a mention of Henry Hagenbuch’s venture to build a bridge over the Lehigh River.

Henry Hagenbuch (b. 1736) was the eldest son of Andreas (b. 1715). He is believed to be the only one of Andreas’s children to have been born in Germany before the family immigrated to America in 1737 and subsequently settled in Berks County, Pennsylvania.

In the 1770s, Henry left the Hagenbuch homestead and became one of the first residents of the newly formed Northampton Town in Northampton County, PA. Founded by William Allen along the Lehigh River, the borough would eventually be renamed Allentown and be selected as the county seat for Lehigh County.

Within the young city, Henry established a tavern—the Cross Keys. Taverns were important businesses for local communities. The Cross Keys would have served food and drink to hungry customers, as well as provided beds for weary travelers. Though it was expanding, Northampton Town only had around 500 residents by the late 1700s. 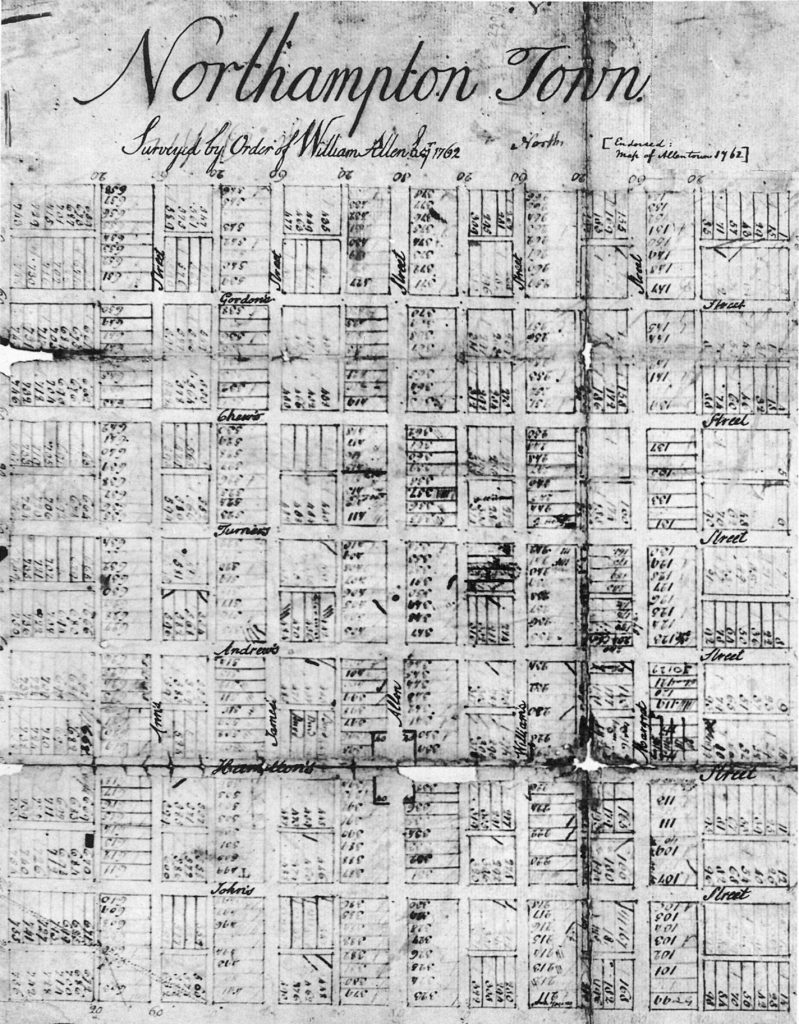 The town’s growth was undoubtedly limited by its location on the west bank of the Lehigh River. In order to reach it, travelers needed to cross the river on a ferry. Noting this hindrance, in 1797 a group of businessmen decided to build the first bridge across the Lehigh River.

Research shows that on March 23, 1797, the State of Pennsylvania approved the formation of a company to erect a bridge over the Lehigh River at Northampton Town. The commissioners of the company were William Tilghman and George Eddy of Philadelphia, as well as Peter Roads, Peter Ealer, Henry Hagenbuch, and Thomas Mawhorter of Northampton County.

According to the act of incorporation, the bridge would levy various tolls. These were outlined as follows:

While the tolls enabled the bridge to generate money, Henry’s interest was likely focused on growing the number of residents and travelers in Northampton Town. Every person in the borough was a potential customer for the Cross Keys Tavern.

Curiously, the bridge would not begin construction for another 16 years. This may have been due to the engineering challenges of the crossing, along with the purchasing of land on either side of the river.

According to one account of the bridge from the Philadelphia Daily Advertiser:

[The bridge was] built on the Lehigh River … on the road leading from Easton to Reading. Constructed on the plan of [James] Finley. 475 feet long, divided into two whole and two half spans. Piers sunk in the autumn of 1813. Building recommenced in May of 1814, and the bridge was completed in September of the same year. Had a double passage for carriages, with a footwalk of 6 feet between the middle chains. Chains made of 1 3/8″ sq. bar iron. Total cost about $20,000. Required about 27 tons of bar iron. 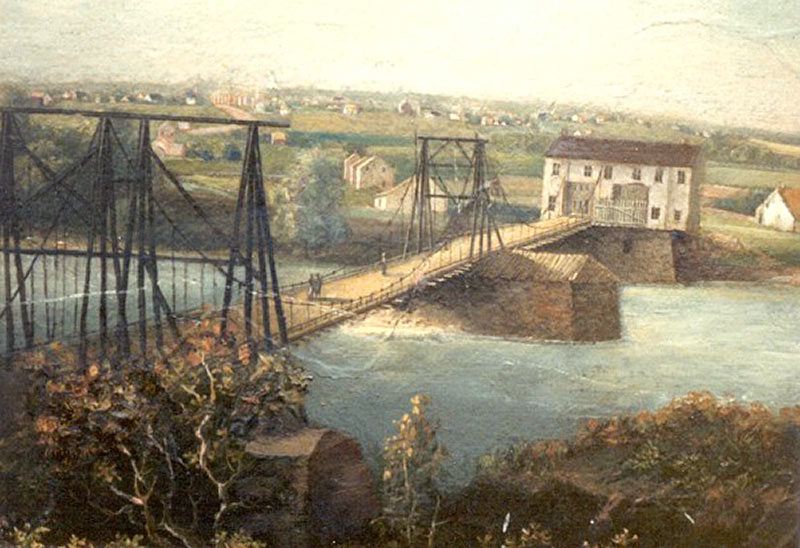 One notable aspect of the Lehigh River bridge was its use of iron chains from which the road deck was hung. This was a radical new design developed by James Finley, who is today considered one of the pioneers of the modern suspension bridge. The building of the structure is credited to Jacob Blumer.

Henry Hagenbuch died in 1803, never seeing the completion of his bridge. However, the Cross Keys continued to operate until the late 1800s, undoubtedly profiting from the venture Henry helped to found. Indeed, the population of Northampton Town nearly doubled in the decade after the bridge was finished.

Today, the first bridge over the Lehigh River no longer stands. However, its modern replacement, the Hamilton Street Bridge, still takes travelers across the river and into Allentown past where the Cross Keys once stood.